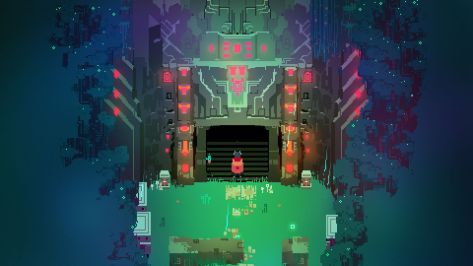 The PlayStation Vita version is said to still be in the works, and receiving external support. It is slated for release this fall, “at the earliest.”

According to the last update on the game’s Kickstarter page, the WII U port is undergoing final details, and should have more information available soon.

A price wasn’t divulged, however, it’s safe to assume the price to be in line with versions currently available on Steam for $19.99.

Never heard of Hyper Light Drifter before? Don’t worry, here is a handy-dandy overview provided by Heart Machine itself:

“Echoes of a dark and violent past resonate throughout a savage land, steeped in treasure and blood. Hyper Light Drifter is an action adventure RPG in the vein of the best 16­bit classics, with modernized mechanics and designs on a much grander scale. Drifters of this world are the collectors of forgotten knowledge, lost technologies and broken histories. Our Drifter is haunted by an insatiable illness, traveling further into the lands of Buried Time, hoping to discover a way to quiet the vicious disease.”

Hyper Light Drifter originally released on March 31, 2016 for PC. Once released, it garnered a 84 on Metacritic, being praised for its beautiful art design, challenging gameplay, and for its mysterious and intriguing world.

My PC is saved only for the best genre in video games — grand strategy.  Still, Hyper Light Drifter managed to push my temptation’s limit to full capacity. Alas, I held off it’s compelling pull, hoping for a console release in the near future. It appears I’ve made it. I’m beyond excited to dive into this one on the 26th.