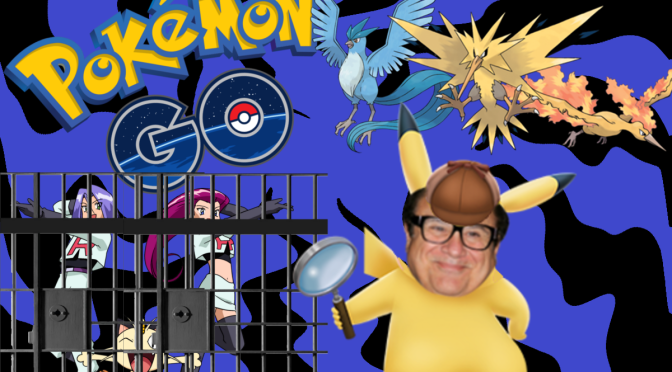 Yup, Pokémon Go is officially a thing. Love it or hate it, there’s no denying the existence of a sudden fervor regarding everyone’s favorite fictional critters. This seemingly innocuous little mobile game has spawned countless encounters, events, and even a few strange incidents. Here’s a list of just a few! 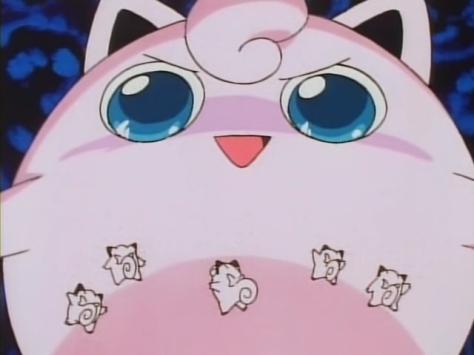 In a bizarre series of events, the infamous anti-LGBTQ Westboro Baptist Church has taken to playing Pokémon Go to defend its home turf. When the Church’s property in Kansas suddenly became a Pokémon Gym, one daring player took over the area with a Clefairy named LoveIsLove. Discovering this, the Church responded by… Well, let this tweet speak for itself:

Sadly, this battle would probably make a better movie than Batman V. Superman: Dawn of Justice did… 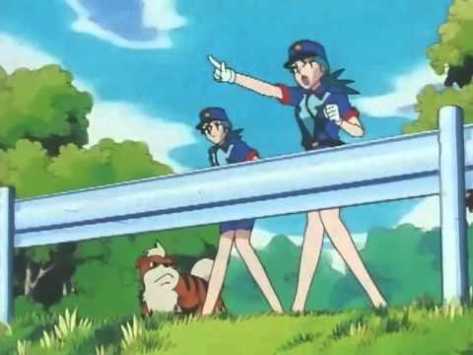 Yes, just as Pikachu helped Ash foil the dastardly Team Rocket on countless occasions, it seems Pokémon are now capable of stopping real-world criminals! Well… kind of. As two Marines were walking to a nearby Pokéstop late at night, the pair witnessed a man (now revealed to be a murder suspect) aggressively approach a mother and her young children. One of the Marines, Seth Ortega, said he and his friend “were able to keep a calm head and not let things escalate,” leading to the suspect’s capture by police. Let’s give a round of applause, shall we?

Alas, not every Pokémon Go player has brains. Two California men were chasing after Pokémon when they eventually wound up at an elevated seaside cliff. In spite of the fencing and obvious signage making note of the dangerous location, both men threw caution to the wind — and plummeted off the cliff, with one falling 50 feet, and the other a staggering 75-100 feet. Both survived, though they didn’t quite escape the Pokémon encounter safely.

There’s a time and a place… but this ain’t it!

Yikes. While people travel from across the globe to visit the Holocaust Museum in Washington, D.C., perhaps Pokémon should be barred from entrance? Not only are wannabe Pokémon trainers running around in there with their phones out, but even Poland’s Auschwitz-Birkenau State Museum has fallen victim to such disrespect. The simple thought of this is infuriating, and certainly doesn’t make gamers look any better in the public eye. We DO NOT play games in places meant to memorialize victims of Nazism. We can be better than this. 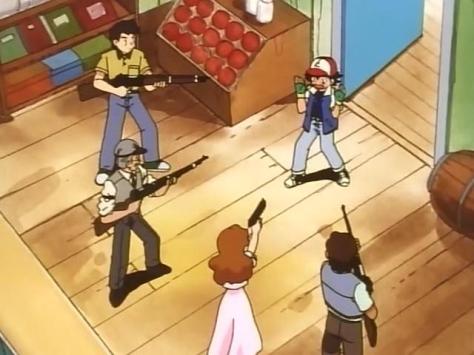 Maybe late night Pokémon hunting also isn’t a great idea? Two teenagers discovered exactly that on July 16th, as they drove around in search of more freakin’ Rattatas and Weedles (because those seem to be the only two I can find in the game!!). When this drew the suspicion of a concerned citizen, he approached the car and — believe it or not — began shooting at the vehicle when the teens started to drive away. No one was injured, but the driver’s mother (and owner of the vehicle) contacted the police upon seeing the bullet holes on her car.

This is what I waited for…?

Perhaps the strangest turn of events is Hollywood’s sudden interest in the idea of a live-action Pokémon movie, with Legendary Pictures winning the bidding war. So we finally get that grim, gritty live-action movie where we see Cubone don its mother’s skull… right? Nope! It’s about Detective Pikachu instead! OH THAT MAKES SENSE. Seriously, how is that what was decided on? Not that I’m complaining. It could be much worse, because at least Michael “Boom Boom” Bay isn’t involved (yet). Plus, this may be how we finally get Danny DeVito to voice the titular character because… the internet demands it, for some strange reason. If that’s the chosen route, the writers/director get bonus points if Detective Pikachu has a sidekick voiced by Arnold Schwarzenegger. That way we finally get the Twins reunion we always wanted! Or maybe that’s just me…

These are but a few known occasions when a simple game made life more complicated, with many more transpiring each and every day. Which stories have you heard? What are your favorites? Tell us in the comments below!

Chris Cobb is an Associate Writer for MONG, and is a bit bewildered by Pokémon Go’s impact and popularity. Explain it to him on his YouTube channel or Twitter page.