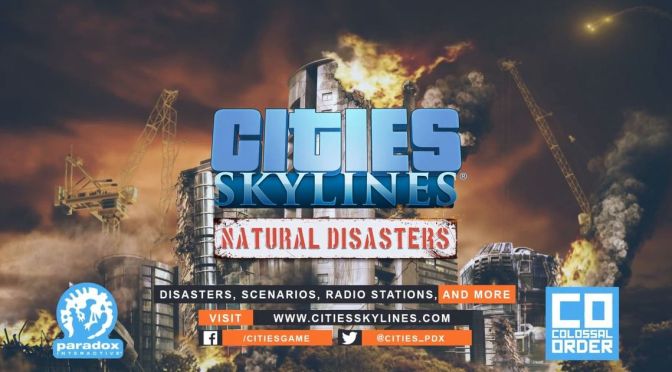 Natural disasters will add a series of city-destroying emergencies (such as meteor strikes and massive fires) to Cities: Skylines. Disasters can occur unexpectedly, or be manually triggered by players seeking a challenge or who just want to be evil. Disasters can destroy buildings, spread fire across locations, and take countless lives. The effect of each will be determined by players implementing the right emergency plans and responses, and by keeping an ear on the new radio alert system.

Additionally, via a new scenario mode, players can design custom challenges and share them through the Steam Workshop.

Paradox provided the following details for the expansion:

Natural Disasters will be available sometime this winter. A price point was not divulged.

Cities Skylines released last year on March 10th for PC. Upon release, it garnered an impressive 85 on Metacritic, and was praised from revitalizing the city-building genre.

Cities Skylines was one of my favorite game’s last year. The one thing it always lacked though was disasters, but soon that won’t be a problem point anymore. And therefore, it may cement its place as the best (or at the very least, one of the best) city-building/management games of all time.