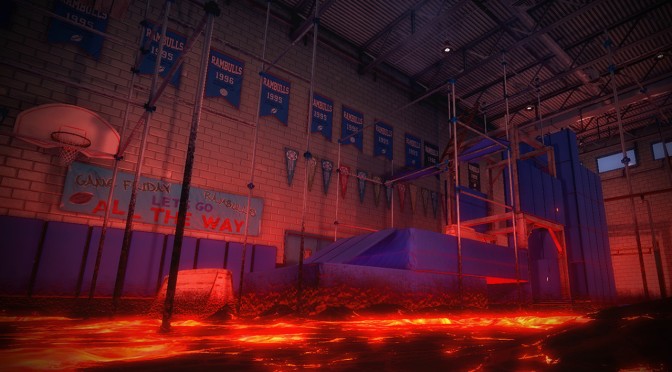 Klei Entertainment’s first take on a 3D game is a unique, and literal take on the classic childhood game “the floor is lava.”

Klei has released its first trailer for its upcoming game Hot Lava, providing the first look at the game that delves deep into the tropes of childhood imagination. The goal: don’t touch the floor. Why? Because it’s covered in lava. We’ve all been here.

Hot Lava was previously announced a few months ago, but received very little coverage. Beyond the trailer not much is known about this parkour lava adventure. The world is described as “your jungle gym,” and there appears to be an emphasis on acute and constant movement, similar to the Mirror’s Edge games.

The game’s site currently says there’s a planned beta coming in the near-future that people can sign up for. Only a PC release has been confirmed so far.

Looks pretty bare-bones at the moment, but unique and promising enough that if Klei flush it out more, I’ll be 100% game to give it a try. Additionally, this looks like a good game for VR.