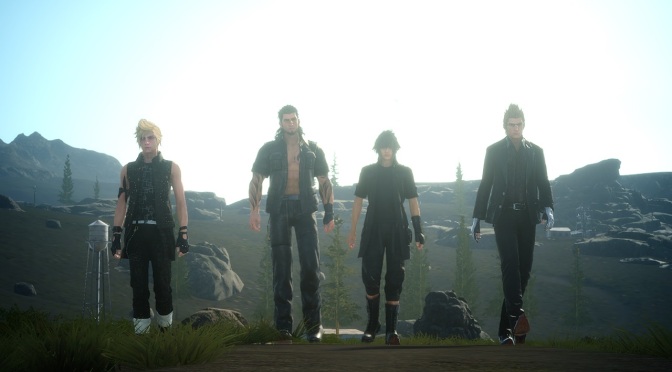 Fanboys assemble: Square Enix has revealed Final Fantasy XV will run ever so slightly better on the PlayStation 4 compared to the Xbox One version.

In the latest livestreamed Active Time Report event, Final Fantasy XV director Hajime Tabata confirmed that Final Fantasy XV will run at a variable resolution on both the Xbox One and the PS4. The Xbox One version will run between 765p and 900p, while the PS4 version will come in between 900p and 1080p. Tabata also went on to reveal the game holds close to the 30fps target. In other words, it doesn’t always run at 30fps.

That being said, Tabata also confirmed that work on optimization isn’t complete, and that the team will continue to work on it until launch, hoping to stabilize the framerate at 30fps. Additionally, he also mentioned improvements to the graphics are also being worked on, citing examples of improvements to trees and shrubs at intermediate distances.

Final Fantasy XV will launch on Xbox One and PlayStation 4 on November 29th.

10 years in development and work is still being done on optimizing the graphics of shrubs and trees. Hmm…