Following last night’s PlayStation Meeting BioWare has revealed a smidgen of more details  about Mass Effect: Andromeda, including that both of the playable protagonists are siblings, and both will exist in the universes. 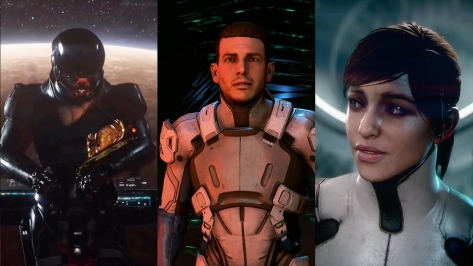 “What people don’t know, a little surprise here, is these two are brother and sister,” Mac Walters, creative lead on Andromeda, told PlayStation Access. “They both exist in the game world at the same time. So if you’re playing as the sister–the female Ryder–your brother is somewhere in the universe.”

In addition to this, it was also revealed that the character shown in the first reveal trailer wearing the N7 armor is also related to the Ryder siblings.

“Another fun little tidbit is the character we saw two E3s ago in the N7 is actually their father. We’ve got the full Ryder family now revealed. We’ll do names and things in the future.”

Other information that sprinkled out:

Lastly, BioWare’s Aaryn Flynn  revealed a brand new Mass Effect: Andromeda trailer is inbound for November 7th to “officially open the doors to the next chapter of the Mass Effect universe.” This date is N7 Day, which BioWare uses to celebrate its sci-fi franchise.

Mass Effect: Andromeda is set to launch sometime in early 2017 for PS4, Xbox One, and PC.

FAMILY DRAMA! You know I’m always down for some heightened drama in my BioWare games.