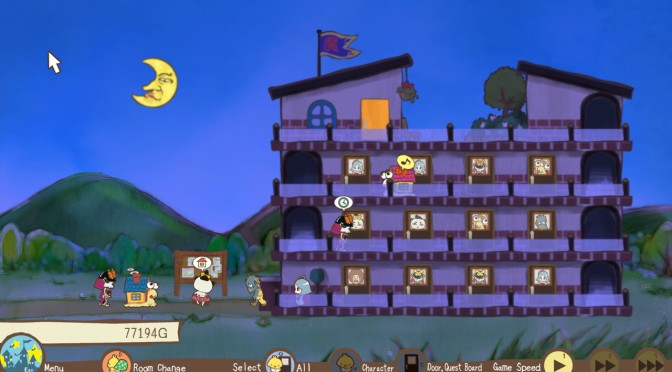 Apartment management simulator Unholy Heights will launch for PlayStation 4 in the west on September 13th at $5.24 publisher Teyon announced. Shortly after release, the price will revert to its standard price of $6.99.

Here’s an overview of the game, via developer Petit Depotto:

“Take the most fun parts of a tower defense button-masher and blend them with the best features of an apartment management sim to unleash unstoppable monster army and rule the world!

Your building begins small but there’s room for unlimited growth if you manage your monsters right. Attract new tenants, watch them go to work, fall in love and even have children. Keep them happy with the right mix of furnishings and upgrades and they’ll slaughter every troublesome human in sight!

Battles are a thrilling blend of strategy and tactics: rouse your monsters with a knock on their door, summon them to battle, outnumber and trap invading humans in pincer formations, and collect the spoils of victory! As your triumphs mount and your tenants proliferate, gain gold and prizes to expand and upgrade your building and reward your most loyal and bloodthirsty monsters.”

Unholy Heights is currently available on PC and 3DS where it has earned a 71 on Metacritic.

Looks like a game I would give a shot during a drought of games, but not smackdown in the middle of September. Alas, no apartment “simming” for me.