Prime 1 Studio is at it again, creating insanely detailed statues for its line based on Batman: Arkham Knight — and this may be the craziest yet!

Revealed at Japan’s Batman 100% Hot Toys Exhibition, this “Prestige Edition” Batman statue is exclusively available to those attending the event — oh, and only 100 of them were produced! This easily makes it one of the rarest Batman collectibles of all time.

Adorned with a golden bat symbol on his chest, this iteration of Batman looks ready to leap from his rooftop perch and deliver fist-flinging justice unto criminals below. Unlike other widely available items, this piece received no press release or teases leading up to its unveiling. Let these official photos speak for themselves: 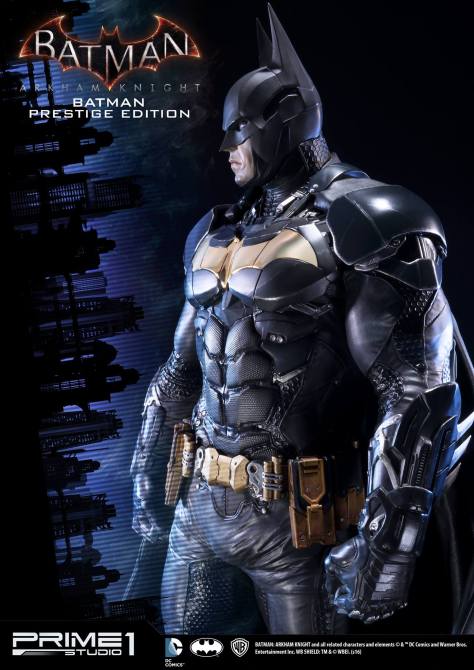 Man! Exclusive items are bad enough, but a schmuck like me has no chance of owning such a limited edition item. I look forward to the inevitable spit-take upon seeing $4,000 Ebay listings, though.