As if its Batman: Arkham Knight collectibles (seen here and here) weren’t enough, Prime 1 Studio is tackling another AAA video game and giving it a resin statue tribute: The Witcher III: Wild Hunt.

Limited to a production run of 1,000 pieces, Prime 1 Studio’s Geralt of Rivia statue stands a notable 26” tall and portrays the character standing triumphantly upon the head of a felled beast. Now may be the time to start selling those Necrophage hides, because this highly-detailed collectible will cost $769 USD. 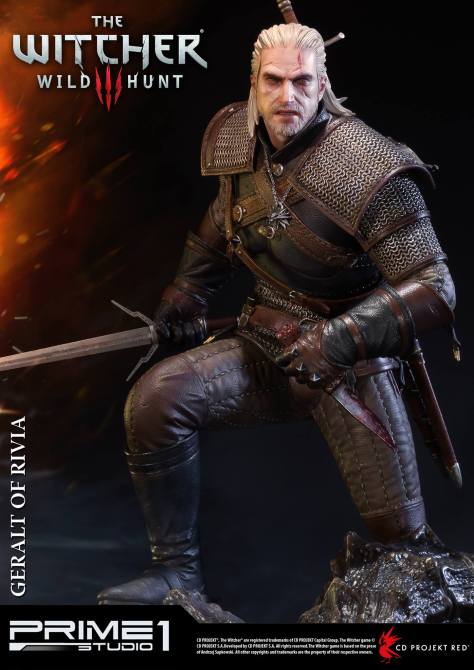 If that isn’t tempting enough, there is also an Exclusive Edition Geralt of Rivia statue with a second, swappable head. Full details haven’t yet been made available, such as pricing or where to buy it, but it will be limited to only 500 pieces! A true trophy for the ultimate fan of The Witcher.

“If that’s what it takes to save the world, it’s better to let that world die.”

Prime 1 Studio and CD PROJEKT RED are proud to present PMW3-01: Geralt of Rivia from The Witcher 3: Wild Hunt.

Geralt, a monster slayer for hire also known as a witcher, is on a quest to find the only person he considers kin, Ciri – the child of prophecy capable of untold destruction. During his long journey, he must face the ominous riders of the Wild Hunt in order to save her, and protect the people he cares about most. The meticulously crafted, 26-inch statue represents Geralt defeating a ferocious beast standing in his way.

The Witcher 3: Wild Hunt won over 250 Game of the Year awards from various gaming publications, critics and game award shows. 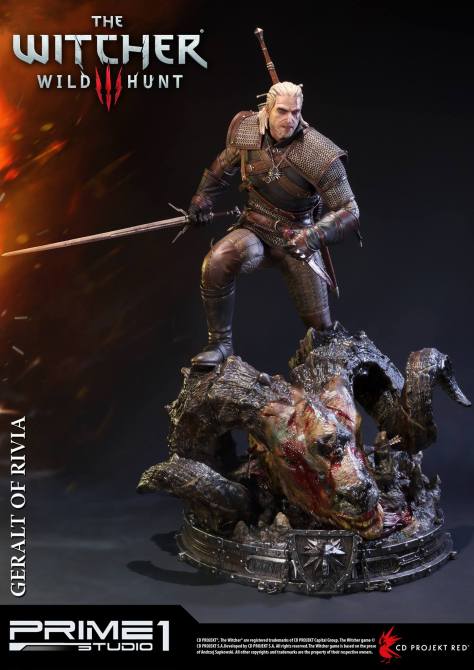 Believe it or not, I still haven’t played The Witcher III – though I enjoyed the first, and the second was great. That said, this statue sure would look good on my shelf…