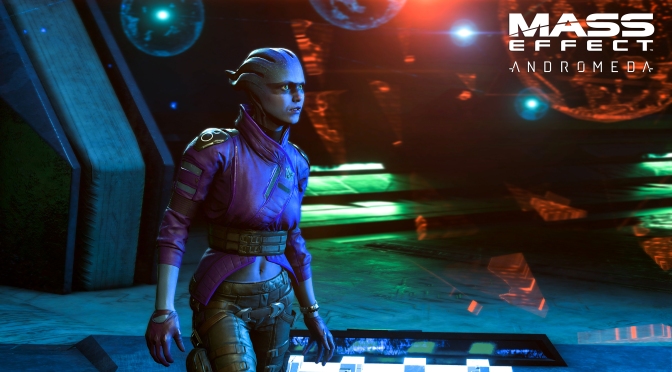 Dragon Age Inquisition may have been one of the most rewarded and applauded games of 2015, but it was far from flawless. In fact, certain aspects of the games, like quests, were heavily criticized. That being said, many gamers are concerned these shortcomings will leak over into Andromeda, however, Bioware’s Aaryn Flynn has assured that this won’t be the case.

“We learned that there were some quests in Dragon Age that didn’t resonate and were kind of flat – fetch quests and stuff,” said Bioware’s Aaryn Flynn. “The nice thing is, you take those lessons, you package them all up, and you talk to the Mass Effect team and say, ‘These are the things you should do, these are the things you shouldn’t do.’ And the Mass Effect team get the pencils out and they build all that into it.”

Bioware has been incredibly tight-lipped about the upcoming entry in the Mass Effect series, but information is finally starting to leak out, and we are finally starting to get an idea on what to expect. Bioware recently announced a bunch of new info will come on N7 day (November 7th), and hopefully by then we will be able to truly see just what Bioware has learned, and what it has been cooking up with Mass Effect Andromeda.

Mass Effect Andromeda, is set to release sometime in March 2017 for PlayStation 4, Xbox One, and and PC.

The quests/quest structure in Dragon Age Inquisition was easily the biggest flaw of what was otherwise a great game, so I’m happy to hear Bioware is aware of this, and changing it for Andromeda.