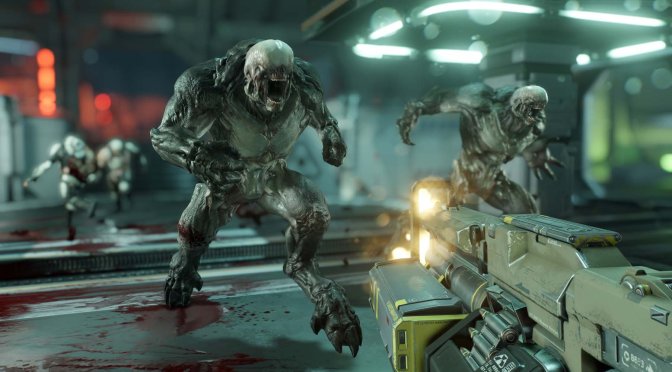 Bethesda’s VP of PR and marketing Pete Hines has said that he was “surprised” by just how much people took to DOOM’s single-player campaign.

Hines explained him and other various people at Bethesda were worried about the game drawing middling review scores and players, for its more traditional, old-school approach.

“If you are at Bethesda and play the single-player, you might think it’s really fun and different. But you don’t know if you’re drinking your own kool-aid… is it really fun? Or are people going to play it and dislike the fact there’s no voiced protagonist, or the fact there’s no real story, and will they say: ‘id Software hasn’t got out of the 1990s. Same old, same old. 6/10’. You never know which of those two scenarios you’ll end up getting.”

Hines went on to add how he thinks the single-player demo launched a month after its release in June helped lure gamers in.

“We did the single-player demo after launch,” Hines continued. “We had showed off the multiplayer, but we hadn’t managed to show as much of the single-player. So giving folks the chance to try it… well it turned out to be a good idea.”

A free update for DOOM’s campaign mode introducing a brand new Arcade mode is set to release later this year.

The single-player of DOOM is what made that game worth buying. The multi-player not so much.