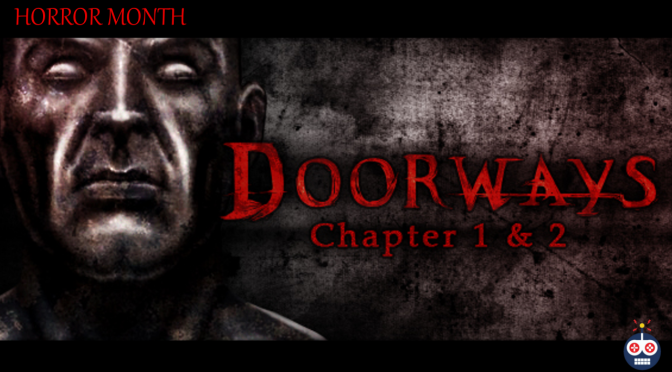 Horror Month has begun! While you may not gleam this little factoid by browsing my author tag, I love horror games. As the dark, chilly month of October rolls around every year, I find myself increasingly eager to play through titles filled with cheap scares, thought-provoking puzzles, and downright terrifying atmosphere. I’m sick like that. Thus, join me for a new review — if you dare!

Saibot Studios’ Doorways: Prelude is an eerie, cerebral sort of horror game with a tremendously creepy mood. Cut from the same cloth as films like Silence of the Lambs and more specifically The Cell, Prelude’s premise finds us tasked with entering the minds of two very distinct, disturbed serial killers. This plays out quite literally as our protagonist, Thomas Foster, has the ability to traverse the psyches of terrible people as a special agent for Doorways Investigations… I think. For a game focused on telling a story, it certainly doesn’t go into great detail. I had to glance at its Steam store page just to double-check the hero’s name! 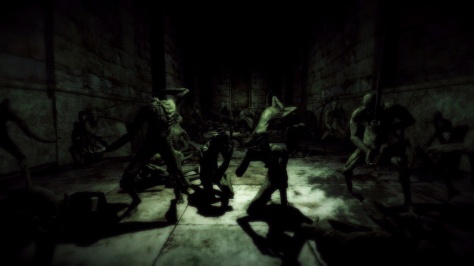 Even so, the plot we’re left to discover through scattered diaries is nicely done. Expertly read and voiced by Sam A. Mowry’s low, deity-esque tones, each note provides insight into the thoughts of heroes and villains alike. However, there isn’t much here in these two chapters. I would have liked to see more diaries, or at least a small handful of cinematics to flesh out the world and provide some backstory though. The transition from the first chapter to the second was also underwhelming, featuring no fanfare or emphasis besides an elevator ride that fades to black. That’s odd, considering we were supposedly slipping into another deviant’s psyche.

Not quite a walking simulator along the lines of Layers of Fear, yet not as focused on enemies and villains as Outlast, this game lies somewhere in between. That’s not a bad place to be. There are dungeons to explore, puzzles to solve, and plenty of ways to die or be murdered. Saibot Studios handled this quite well with Doorways: Prelude, which was originally released back in 2013. It still comes off as a guided haunted house attraction to some degree, but feels like one you may consider revisiting every Halloween.

Unfortunately, the environments within both psychological hellscapes present in this title’s two chapters aren’t all that special. You begin in a dark cave for the tutorial, move on to a dead forest navigated by torch light, a basement below an isolated house, and finally a castle-like torture dungeon-slash-demented art gallery. Of those areas, the basement was the most realistic and visually impressive… but it was still a basement. The sheer amount of rock and stone textures in this game is insane, and the repetitiveness of the visuals doesn’t inspire you to poke around or explore much.

Luckily the sound design is something to behold, and surpasses most AAA horror games from the past several years. Even in moments when I already discerned there was no immediate threat, the music and ambient sound kept me on edge at all times. In this regard I was reminded of Silent Hill, which was the first title to use industrial sounds like clanging pipes and metallic reverberations in such an effective way. Very few developers have achieved such aural perfection, but Saibot Games is certainly one of them.

Doorways: Prelude makes for a good start to an episodic tale, and I’m looking forward to sinking my teeth into Doorways: The Underworld next. I hope to see more emphasis on story, maybe a couple of cinematics, and further exploration of the fascinating world introduced here. As it is, $9.99 for a two hour horror experience (slightly more if you search for collectibles) may seem a bit much for most fans of this genre.

To learn more about our review scale, click here.