Square Enix has tons of high-quality merchandise available through its Play Arts Kai line of collectibles, but this one may be the most gifted. 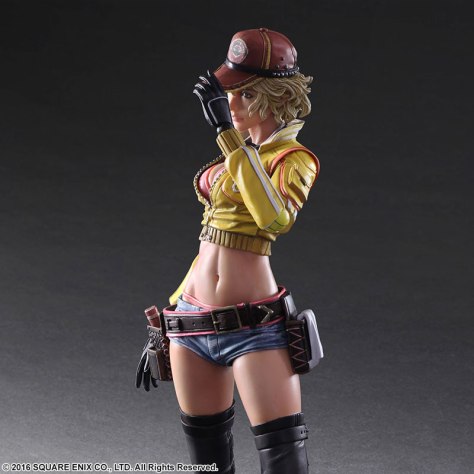 Standing about 11” tall, this highly-detailed Cindy Aurum action figure pays tribute to one of the most likable and helpful characters in the Final Fantasy series. Appearing in Final Fantasy XV, she seemed to have a tremendous fascination with the car driven by Prince Noctis, and continued to upgrade it for players throughout the game. 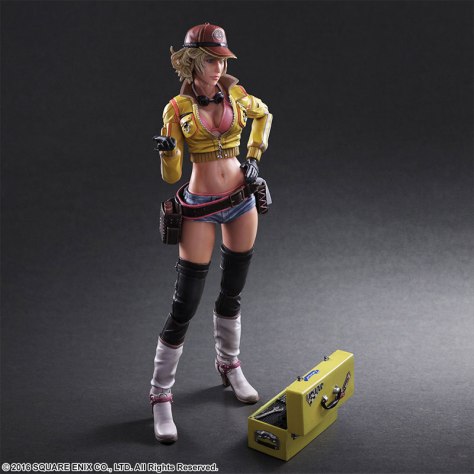 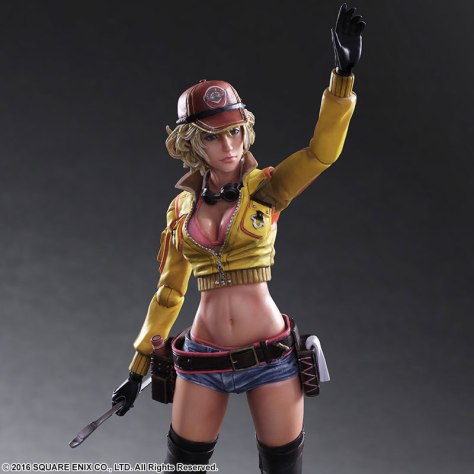 Proving to be an almost exact recreation of the in-game model, the Play Arts Kai Cindy Aurum looks exactly as you would expect, from the top of her trucker hat to the soles of her boots. This fully articulated collectible includes a toolbox, multiple wrenches, alternate hands, and a transparent display base.

This is one of the most accurate Play Arts Kai figures I’ve seen, resembling the character without too much of an anime influence added to the design. Cindy sounded a bit too much like Sandy Cheeks to me, but fans will go nuts over this item.

One thought on “New Final Fantasy XV Collectible is Beautiful, Wants to Tinker With Your Car”