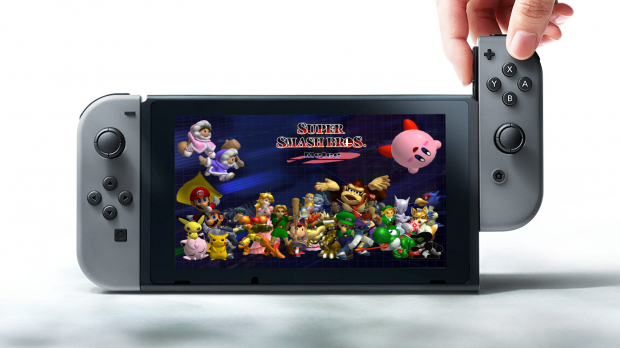 The Nintendo Switch is less than a month away, and while we have been treated to a slow trickle of information and a Super Bowl commercial, there is still plenty we don’t know about Nintendo’s newest console. Of these unknowns, the questions surrounding the Switch’s Virtual Console iteration are the most tantalizing. Rumors of GameCube releases on the platform have sent the industry buzzing and the motion-capable Joy-Con leave the door open for a possible Wii renaissance. There is no argument about the potential of Nintendo’s classic games service, but will Nintendo capitalize on the monumental opportunity at hand?

Regardless of whether Nintendo unveils the perfect Virtual Console, there are plenty of games that we at MONG would like to see on the service. And with the potential for online play teased by Nintendo’s addition of the feature to SNES games, our imaginations have run wild with the possibilities.

Here is MONG’s wishlist for the Switch Virtual Console!

We could have listed a bunch of GameCube favorites in this list for their multiplayer brilliance, so we figured it would be easier to lump them together. The potential for online play in some of the system’s best multiplayer games would be a huge draw for the Switch. Super Smash Bros. Melee, Mario Kart: Double Dash, Mario Party and Super Mario Strikers all provided hundreds of hours of multiplayer madness, and it would be great to relive these memories again, both in local and online settings. These games were a significant part of what made the GameCube a beloved console, and giving them a second life would allow a whole new generation of gamers make fantastic multiplayer memories.

Here is the big one; the game that everyone has been asking for since Earthbound was released on the Wii U virtual console. And with the release of the original Mother, a previously Japan-only title rebranded Earthbound Origins in the States, on the platform, there is officially no excuse for this elusive game to not make a Pacific voyage. Rumors were flying about the status of Mother 3 as the Switch VC’s killer app, but they have yet to materialize. The game stars Lucas, a playable character in the Super Smash Bros. series, in a surprisingly sorrowful RPG adventure about the love and loss of family. This powerful story has fueled the game’s legend around the world, and we hope that now is finally the time to get our hands on it.

A beloved SNES classic, Super Mario World 2: Yoshi’s Island is probably the most puzzling omission from the virtual console lineup. The game, which has players controlling Yoshi as he protects Baby Mario, has never seen a re-release of its native SNES incarnation, only a GBA version that dulled the game’s timeless appeal. Many suspect that the Super FX chip, a special chip added to SNES cartridges to produce 3D graphics, is the culprit behind Nintendo’s reluctance to emulate the original product. Whatever the case, Yoshi’s Island is a masterpiece and worthy successor to Super Mario World that deserves a return to glory on the Switch.

Quite possibly the weirdest entry in a series that is famous for its weirdness, Warioware: Twisted! is a game we hadn’t seen anything like before and haven’t since. Squeezing a gyroscope into a bulky GBA cartridge, the game’s gimmick revolved around rotating the system to solve the minigames. Shaking back and forth, deliberate rotations and complete revolutions made for some seriously zany puzzles that were perfect for a handheld system. The Switch’s Joy-Con allow for these motions to be replicated in any of its 3 modes, which gives me hope that we will see this underrated classic of play on the Switch Virtual Console.

Luigi’s Mansion is an odd game. Released at the launch of the GameCube in lieu of the expected Mario title, the game’s obtuseness was seen as a detriment to an audience that just wanted Nintendo’s Super Mario 64 successor. Instead, GameCube’s early adopters were treated to a point and click adventure featuring Luigi as he explores a haunted mansion he won in a contest. This radical shift in gameplay included the trusty Poltergust 3000 and Luigi’s inability to jump, or even run. In the 16 years since its release, the gaming community has come around on this underrated gem, with the game even earning a sequel on 3DS. Without the game’s contextual baggage, we feel like Luigi’s Mansion would be a fantastic addition to the Switch Virtual Console and allow new players and skeptics alike to enjoy this curious adventure.

It is rare for a Nintendo game to earn an M rating, let alone be based in the horror genre, but Eternal Darkness was the exception to this rule. Developed by the now disbanded Silicon Knights with assistance from both Shigeru Miyamoto and Satoru Iwata, Eternal Darkness is a Nintendo experience unlike any other. Players assumed the role of Alexandra Roivas and experience the perspectives of a dozen characters in their fight against the sinister ancients. The most novel gameplay hook of the game was its sanity system, which would decrease the player’s mental state when they witnessed horrible sights. As their sanity waned, effects would occur in the game that were meant to disorient the player, such as footsteps, screaming, fake monsters and skewed camera angles. Other sanity effects broke the fourth wall, such as indications of volume lowering on the TV, the GameCube startup animation, a black screen or other simulated GameCube or TV errors. While a release on Virtual Console might limit the effectiveness of these effects, the game is novel enough to warrant a release on the platform.

Fire Emblem first came to prominence in the United States with Super Smash Bros. Melee through the inclusion of Marth and Roy as playable characters, with their popularity convincing Nintendo to finally bring the strategy series to the global market. While the GBA releases have previously graced the Virtual Console, the GameCube and Wii entries are arguably the best titles in the series. Path of Radiance and Radiant Dawn tell the story of the continent of Tellius and the divide between its human and skin-changer races, which has great resonance today. The games also feature a cast of great characters headlined by Ike, the series only protagonist not of royal descent. And with the recent success of Fire Emblem and the release of Fire Emblem Heroes on mobile, a Virtual Console release would be the perfect way to capitalize on the series’ momentum.

While this could be the definition of licensing hell, revisiting old sports games would be a great way to peek into the history of a variety of professional leagues. Remember Michael Vick’s Madden dominance? It was an age where sports games were less simulation and more arcadey, giving these annual titles a different flavor than what they presently offer. Another great sports series that would be fun to revisit on Switch would be the Street series, which broke our favorite sports mechanics out of their conventions and gave them a unique, urban spin. While this will almost certainly not happen, it is great to imagine older sports games regaining any semblance of relevance.

Xenoblade Chronicles is a fantastic JRPG that created quite the narrative with its original release in the States, with a fan campaign called Operation Rainfall spearheading the localization efforts. GameStop exclusivity of the Wii version and a port onto the New 3DS limited the reach of the game despite critical praise at the time. With a sequel officially coming to Switch, a spiritual successor already on Wii U and protagonist Shulk’s appearance in Super Smash Bros., it would be great for Nintendo to put the game on the Virtual Console. Featuring a combat system similar to Final Fantasy XII, players control characters in real time while unleashing special attacks that require positioning and timing. Shulk’s sword, the Monado, allows players to peer into the future and see attack, allowing them time to prepare to negate a monstrous attack. A great open world and incredible score make Xenoblade Chronicles a must play, and a potentially great addition to the Virtual Console.

The Legend of Zelda: Skyward Sword

The Wii’s swan song is a grand adventure, and while its motion controls and small world earn the ire from fans, we encourage fans to give it another shot. The Legend of Zelda: Skyward Sword was released at a time where gamers were done with motion controls, and on top of that, the game required the special Wii Motion Plus adapter to play, limiting its appeal. However, these issues cloud a game that proves the legitimacy of motion as a legitimate control method and turns traditional combat into an interesting puzzle element. While yes, the game does have a few too many fetch quests, an annoying companion and retreaded areas, the satisfying dungeons and the ingenious use of motion with every item make Skyward Sword a must play. And with the Joy-Con essentially giving Motion Plus technology to every Switch owner, the ability to play motion-based games like The Legend of Zelda: Skyward Sword is available to everyone. Make it happen Nintendo!

So those are MONG’s most wanted Virtual Console titles! We are all cautiously optimistic about the potential of the classic service on the Switch, but are excited about the prospect of playing some of our old favorites again. As many of us grew up with the GameCube, its potential inclusion could have left this list entirely filled with the purple lunchbox’s greatest, but there are plenty of other classics we would love to relive.

So what are you excited for? And when do you think the Big N will pull back the curtain on the Switch’s Virtual Console? Let us know in the comments or simply wait with baited breath alongside us. The Switch can not come fast enough.