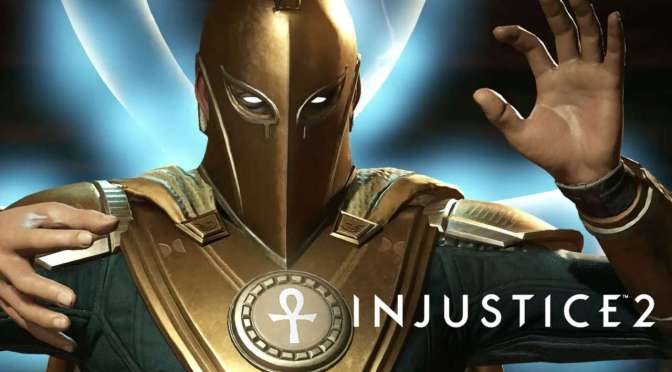 Another newcomer has been revealed for the Injustice 2 roster. Warner Bros. has officially unveiled that Doctor Fate will be bringing his magical abilities to the fight against Superman and his Regime.

Doctor Fate is another DC hero who disagrees with Superman’s ideology telling him “Justice is blind, not heartless” and backs up his words with actions as seen in the introduction trailer. Doctor Fate uses a variety of spell-casting attacks to keep his opponents at bay and pummel them into submission. See for yourself just how powerful his magic is in the trailer below.

Injustice 2 launches May 16th for the PlayStation 4 and Xbox One.

Doctor Fate is a nice inclusion in the game and seems like a good choice for players who want to fight long range. I definitely think NetherRealm nailed the design of the character.