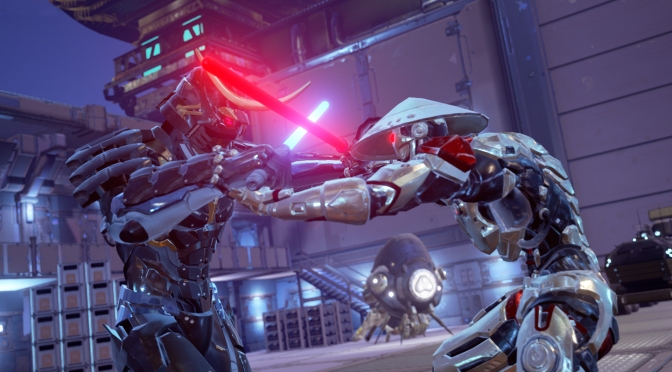 What is more badass than being a samurai? How about a samurai with dual laser katanas, pistols, and psychic powers. Reborn: A Samurai Awakens allows players to be just that in PlayStation VR.

Gamers play as Yukimura Sanada, samurai warrior, resurrected from  the past to battle alien invaders of earth in the distant future. Armies of alien machines are read to attack, which is when the laser katanas and psychic powers come in hand. Players have the option of holding different weapons in each hand, and special abilities like “Hack Time” to slow down enemy movement and dish out double damage.

Reborn: A Samurai Awakens is scheduled for release end of 2017 for PSVR. Check out the announcement trailer below.

It’s good to see PSVR continue to get support. The price is still a little high for me, but if I ever decide to pick one up it’s nice to know there will be a solid amount of games to try out, Reborn: A Samurai Awakens among them.