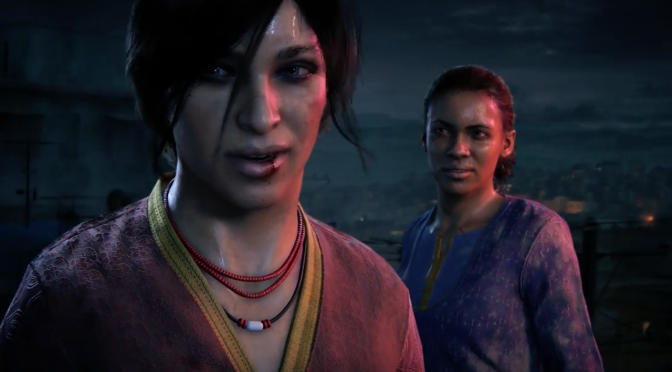 August has quietly developed into a stacked month for games. One of the biggest titles releasing this month is Uncharted: The Lost Legacy and The PlayStation Blog has released a new video going behind the scenes of its creation.

The Lost Legacy takes the Uncharted series in a new direction. The developers felt they had wrapped up Nathan Drake’s story, leading to fan-favorite Chloe Frazer landing a starring role. Pairing Chloe with Nadine Ross is one of utility for both characters in the story, but allowed Naughty Dog to create conflict with their contrasting personalities.

Not only will the tension between the two be present in cutscenes, but will carry over to gameplay as well. The Lost Legacy includes all the hallmarks of the Uncharted series, along with new elements like lockpicking. Check the video below to see glimpses of new gameplay footage and hear insight into the story and characters.

Uncharted is perhaps my favorite PlayStation series, so The Lost Legacy was a day one for me. Adding in Jak and Daxter: The Precursor Legacy as a pre-order bonus secured my purchase. It will be interesting to see if the game sells extremely well, might Naughty Dog be convinced to make another game with Chloe as the star down the road.