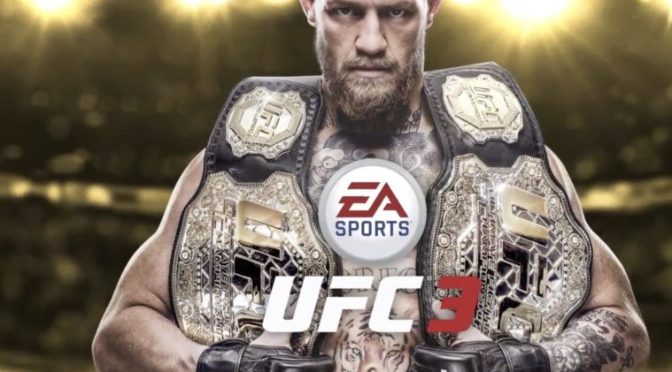 Conor McGregor’s last fight may have been in a boxing ring, but he is still the biggest star in the Octagon as evidenced by the cover of EA Sports UFC 3.

The reigning UFC Lightweight champion graces the cover for the second time, after previously sharing the cover with Ronda Rousey in EA Sports UFC 2. EA Sports UFC 3 releases February 2nd on the Xbox One and PlayStation 4.

The new iteration of EA’s fighter sports new features like “Real Player Motion” which adds over 5,000 new animations to better capture the complexities of the sport and to authentically capture the movement of some of the biggest UFC stars.

EA isn’t only working to perfect what happens inside the Octagon, but outside of it as well. The new G.O.A.T. Career mode allows players to promote their fighter, build rivalries, and blaze a path from the bottom of the sport to the top of the UFC. Check out the reveal trailer below.

The graphics in the UFC  games have always been impressive to me. The real challenge comes in nailing the gameplay of such a complex sport and delivering a fun experience to go along with it. The new animation overhaul sounds intriguing if it results in a more fluid and dynamic experience. The drama that takes place outside of the cage can sometimes be as fun as what actually happens in it. The G.O.A.T. mode looks to replicate some of that feel judging from the scenes in the trailer.