Each year, there seems to be more and more games published for fans to enjoy. Some people love first-person shooter games, others like big open-world games, while some love the abstract. I tend to lean towards the artistically different and thought-provoking pieces. Everhood was a game that I hadn’t even heard of until stumbling upon it on Steam. Happily,  I can’t stop thinking about the music, gameplay, world-building, and lasting verberation of its theme and what it accomplishes.

If that was enough to pique your interest, stop what you’re doing and start playing Everhood. Going in with minimal knowledge is my default recommendation when exploring the mysteries of Everhood. 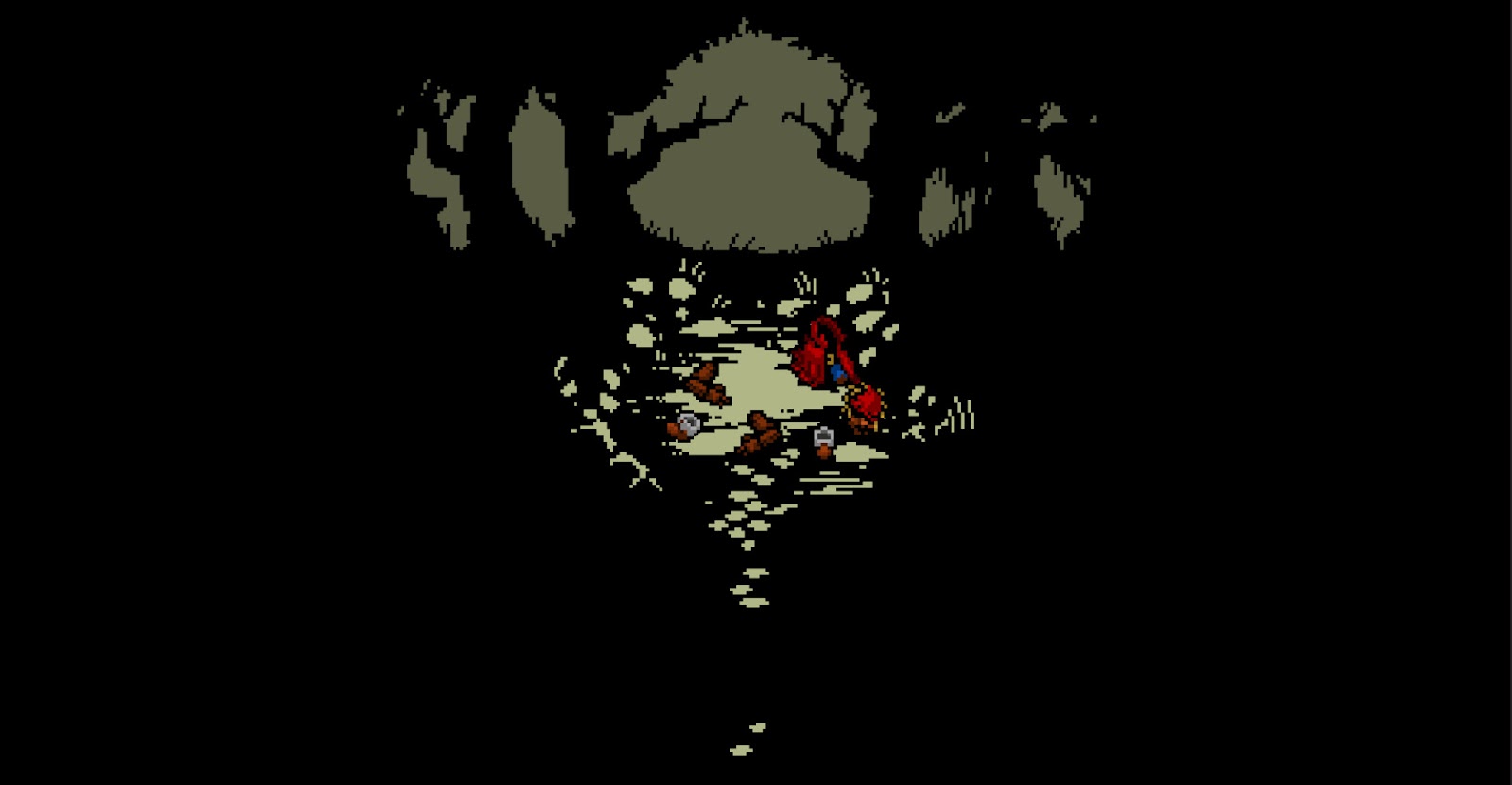 Well, if you’re still here, let’s delve into Everhood. You begin the adventure by immediately abandoning your humanity; grim right? But, the whole premise is to gradually explore this void of a world you’re trapped in, while piecing together who you are and why you’re there. When I played Everhood the first time, I wasn’t totally convinced I was doing the right procedure or maybe I was playing the game ‘wrong’ in my explorations. Happily, I kept falling into the story that pushed my adventure forward, where it skirted the line of curiosity and confusion. Just when I thought I figured out one mystery, three more popped up. This maddening journey, knowing very well I wasn’t going to totally understand everything immediately, brilliantly had me hooked. I couldn’t stop exploring every nook and cranny of this 2D- pixel world while also excitingly engaging in the combat as well.

As if the abstractness was only limited to the story and world, the battle mechanics mashes up platforming and rhythm games. In 5 lanes, you must maneuver your character to avoid obstacles while dance-battling (I guess you can call it that?) against your opponent. Not only this, but the music in these fights are unbelievable. I felt myself getting transported into an amazing zen-like atmosphere, bopping to the techno-themes, rock-melodies, and fun mash-up genre songs that only continued to enhance my experience with Everhood. I got concerned early on that this battle system would get stale pretty quick, but there are multiple variants and increased mechanics that get built on – striking a melodic that kept me off kilter, but excited to continue my progression.

With this, the level of difficulty in the battles is insane. For some reason, the default level of difficulty is Hard. Though I love a challenge, this difficulty proved way beyond my skills and started to immediately diminish my enjoyment. I ended up lowering most of the game to Normal difficulty, while options for a strictly Story-driven adventure and conversely a tough-as-nails difficulty are available to those who want either. The adjust-your-level-at-will option is a great touch within Everhood, guaranteeing that players don’t diminish their experience through frustration.

Variability with battle difficulty is one of the accessibility options available. Due to the quick moving battle mechanics, color plays a powerful part. Luckily there is a colorblind mode that adds symbols to help distinguish between the various hazards. Additionally, there is an image sensitivity option that tones down the numerous occurrences that could be problematic for people who are photosensitive. It’s great to see even more options for players to experience and enjoy the medium of video games, especially in a way that is meaningful and not pedantic.

The biggest deterrent to Everhood are the awkwardly long loadings. I can’t even really say loading screens because all the music, sounds, and interactions simply abruptly stop for 6-15 seconds at a time. The first few times this happened, I was concerned that my game crashed or there was something going on with my Switch. These moments kept breaking the immersion for me, but once I got out of that mental block, was able to push past it.

Everhood is a fantastic game that pushes the boundary of expectations in storytelling and rhythm games. The mysteries surrounding the game only pushed my curiosity and had me thinking of the game long after I rolled credits. The New Game + mode continues the story with even more mysteries to find. I can’t recommend this game enough. Thanks Foreign Gnomes for creating this game; can’t wait to see what’s next!

A copy was provided by the publishers for the purposes of this review.

A version of this review is also posted on Six One Indie.