The fall release schedule is packed to the brim, with big exclusives coming from Sony, Microsoft and Nintendo. Over the next few weeks I’ll spotlight each of the big three, starting today with Microsoft. After a shaky start with the Xbox One, Microsoft is finally hitting their stride. Games with Gold has finally migrated to the One, monthly updates have given the fans what they want and their fall lineup has a good mix between casual games and games catered towards the more hardcore crowd. Let’s take a look at what Microsoft has in store this fall.

First up is Dance Central Spotlight, which releases on September 2nd. The dance craze may not be as popular as when Dance Central first launched, but getting at least one Dance Central game onto the Xbox One should be enough for Microsoft to win over some of the casual gamers left looking for a dance experience. Spotlight follows an almost free to play like model where you can purchase the game with a certain amount of preset songs for $10 and then download additional songs of your choice as content is added.

The next release for Microsoft this fall is Forza Horizon 2, launching September 30th. This time the Horizon music festival will be visiting Southern Europe spanning different locales including France and Italy. Most of the beloved features from the first game are making a return with a substantial amount of new content as well.

A brand new dynamic weather system is being added for the first time in a Forza game that hopes to add even more breathtaking views for gamers to experience. The first 100 cars for the game were recently announced with many fan favorites included. The list looks like it will grow considerably larger by the time the game releases. Another part of the game getting an upgrade will be the soundtrack. Playground games has stated that there will be at least double the amount of radio stations and music as in the first game.

The social features will also be expanded with a new feature called Car Meets. Players can show off their cars online and can share tuning setups and liveries with others. The social aspects from the first Horizon were a great addition and I remember always trying to beat my friends’’ speed trap times. These features will surely be needed to compete with Sony’s exclusive racer, Driveclub this year. 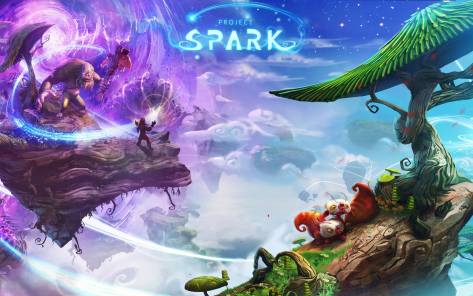 Project Spark is Microsoft’s next release and while the Beta has been live for months for virtually anyone to try, a retail release of the game is planned for October 7th. The launch looks to bring new content with the Galaxies: First Contact DLC pack, which adds sci-fi themed elements to the game creation tool set. The infamous Conker will finally return to games with Project Spark, with players being able to add him to any of their creations. Project Spark looks to be great with all of the new additions it will have at launch and beyond.

The next casual release of the year is Disney’s Fantasia: Music Evolved, launching on October 21st. The story of the game picks up where The Sorcerer’s Apprentice portion of the 1940 animated Disney film Fantasia left off. You are the new apprentice and must bring the different levels to life by moving in sync with the soundtrack’s many popular songs including music from the likes of Queen, Lorde, Imagine Dragons and many more famous artists.

Sunset Overdrive is next, releasing on October 28th. This will be the first time Insomniac Games develops an exclusive for Microsoft. The game, set in the awesome-pocalypse, looks absolutely insane with players taking aim at zombies who have overdosed on a fictional energy drink. Players should have fun with crazy weapons such as the TNTeddy which shoots teddy bears with TNT strapped to their chest.

The open world adds a real sense of verticality in its design and brings a system where constant movement is rewarded. Try and play like a normal cover shooter though and you’ll end up dead. It’s almost like watching someone play a Tony Hawk game but they also have guns; many of which bring back the feeling of testing out a new crazy weapon in the Ratchet and Clank series for the first time.

If done right, this could become a huge new franchise for Microsoft; and if the amount of freedom Microsoft has said it has given Insomniac to go wild with is true, then Sunset Overdrive should have no problem becoming a success or Microsoft this fall.

Microsoft surprised many this year with the announcement of Halo: The Master Chief Collection. Many expected a Halo 2 remake for sure, but not many were expecting all four main games in one package.

All four games will look beautiful on the Xbox One and gamers can pick and choose different missions from any of the games and make a  playlist. On top of that, Microsoft is allowing the release to have 4000 Achievement Points — 1000 points for each game.

If that isn’t enough to win you over, Microsoft announced that the multiplayer portion of Halo 2 will make a full return with HD graphics for Halo fans to salivate over. Gamers can also look forward to taking part in the Halo 5 beta this December with a purchase of the collection. Halo: The Master Chief Collection launches November 11th.

Microsoft’s lineup is looking really strong this fall and covers a ton of ground. On top of all the games discussed above, Microsoft has a good amount of downloadable titles such as Ori and the Blind Forest and Killer Instinct Season 2 likely to launch, plus the beta for Fable Legends should take place sometime this fall. The Xbox One may have had a shaky start, but Microsoft is really bringing the games this fall. Let us hope they can keep this up moving into 2015 and beyond.

Shaun Fales is a video game enthusiast at his core and is an Associate Writer for MONG among other things. You can follow him on IGN, Twitch, and Twitter.