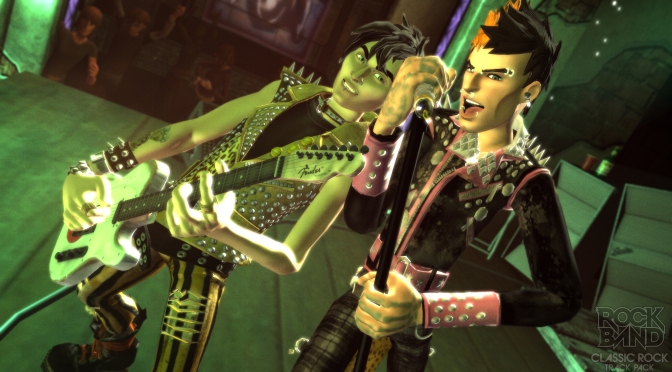 In a flurry of unforeseen activity, Harmonix followed up the announcement of its first Rock Band DLC in nearly two years by posting a consumer survey regarding a new entry in the Rock Band series.

In the survey, Harmonix asks which Rock Band titles you have owned, your favorite version, how frequently you played and on which platforms, which of its instruments you still own, how much DLC you have purchased (the highest option is more than 700!) and your tendencies while playing (with a group or alone, competitively, use of character customization, etc.).

You should totally fill out this Rock Band survey. It's important. Please RT! https://t.co/h7AAs0IxHW

Of course, Harmonix wrapped up the survey by asking which current generation console(s) you own and whether you’d be likely to preorder the new iteration.

This isn’t the first time Harmonix has released a survey to gauge fan interest. Last July, the Rock Band developer put out a similar set of questions.

I think the current generation of consoles deserves a new Rock Band. The formula was great at its peak and I’m probably mostly excited because I haven’t played any of those games in five years. One of my favorite things about Rock Band and Guitar Hero was the way those titles educated a younger generation on rock music. Even doing so with plastic instruments, that’s pretty cool. Let’s just not annualize this time, okay Harmonix?

Brian Hoerst just wants a Foo Fighters Rock Band, for the love of all things good. Follow him on Twitter.

One thought on “Harmonix Wants Your Opinion in Rock Band Survey”