A LOSS FOR THE BETTER

Game of Thrones: The Lost Lords is the second episode in Telltale Games‘ Game of Thrones series. In our review of Episode One: Iron From Ice, we mentioned that while the story was interesting and well within the vein of what fans of the HBO television series should expect, its pacing struggled, and the art style was a questionable choice. Still, with such a dramatic conclusion and so much promise for future exploration, it won a favorable score.

While there were pacing concerns in the first episode,The Lost Lords remedies much of them with the introduction of two new playable characters and the agency their personalities and choices carry. The episode begins with Asher, the Forrester exiled to Essos, and his female accomplice, Beskha, as they try to make some coin. It doesn’t take long to realize that they hardly do honest work, and when their plans sour into a scuffle, the first few minutes of the episode already have your heart racing.

While Episode One trudged through much of the main character and plot introductions, this episode takes entertaining and intriguing twists, even going so far as to bring back a character many players may have written off. It takes the time to develop some of the peripheral characters like Sera, Mira Forrester’s fellow handmaiden to Margaery Tyrell, and even introduces new ones that could heavily influence the story’s progression. Every interaction feels meaningful, and while that tone of despair still hangs heavy in the air, players might begin to see plans forming for how to bring House Forrester out of obscurity, although many of those hopes will likely be dashed in true Game of Thrones fashion.

For a game that depends so much on dialogue, it’s important that conversations feel fluid and natural. By keeping players engaged by timing their reactions, events always play out in a meaningful, plot-progressive manner. However, this also means that there’s little room for distraction. Almost every comment, every glance from another character could be a clue for how to move one step closer to your ultimate goals, but if you miss it, the outcome can be detrimental, and in the second episode there are a few instances where this can happen. The art style continues to be an eyesore no matter how innovative and clever the designers intended it to be. Backgrounds and bodies bleed into one another as if in a two-dimensional space. This, combined with screen tears, pops, and repeating dialogue, presents frequent little bugs that will catch your eye or ear, pulling you out of the experience just long enough to make you feel you missed something.

Telltale Games is known for creating a very cinematic experience, and they achieve that so well that players often feel they need a reason to actually press a button. At times, you’re given control of a character so that they will literally walk five paces forward, just for that control to be taken away again by another dialogue tree. It’s a small complaint, but this unnecessary interaction degrades the overall experience when the gameplay is so limited from the start. It forces you to wonder what was supposed to be there, if anything at all, and no amount of replaying the scene will yield a sufficient answer. In the end, it just feels sloppy.

As was the case in the first episode, key characters from the HBO series make an appearance with the same actors reprising their roles. This continues to nicely integrate Telltale’s story to that of the show’s, but it also draws attention to the similarities between the two. Gared’s difficulty fitting in at the wall, Mira’s survival in King’s Landing while remaining loyal to her family, and Asher’s need for an army to bring to Westeros all feel like familiar treading. There are still four more episodes left in the season, and with how much has already changed in the first two episodes, there is still plenty of time for some of these plots to take very unexpected turns, but thus far it’s just not different enough. 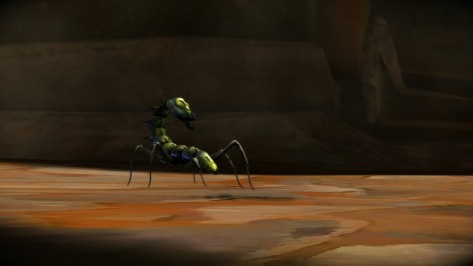 The Lost Lords carries much of what plagued Episode One in terms of its presentation, but it also proves that this season can surprise and thrill Game of Thrones veterans. With a handle on its plot-pacing and a cast full of old and new characters to populate its varied settings, Episode Two makes sure to keep players interested and engaged even if the storyline so far feels a little uninspired.

Jordan Loeffler is an Associate Editor for MONG who drives a 2006 Pontiac Vibe with Minnesota license plates even though he lives in Portland, OR. She’s seafoam green, and she drives like a wave. You can also follow him on IGN and on Twitter.

2 thoughts on “Game of Thrones: The Lost Lords Review”