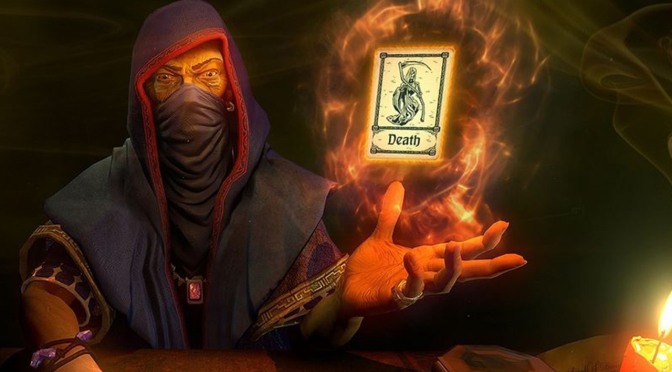 Have you ever wanted to play a tabletop card-based dungeon-crawler, and a third-person action-RPG at the same time? No, you’ve never thought of that? Well now you don’t have to because Hand of Fate is now available on PC and current-gen consoles. Hand of Fate is a unique game and so much more. The gameplay is both intriguing and exciting, and the graphics are gorgeous. However, this amazing experience is interrupted with the game’s persistent technical issues. 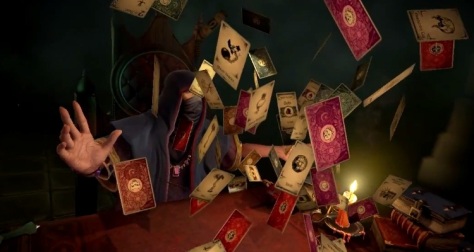 Graphically, Hand of Fate, is impressive. Defiant Development did an excellent job in that the game looks like the product of an AAA design team. The cards are beautifully designed and textured, and the environments are dynamic and interesting. The character models look slick, and the design of the card dealer is incredible.

As soon as you boot the game you are introduced to the card dealer. The card dealer is the only character to have voice acting in the game, and he is a mysterious yet charismatic man who sets the scenarios for you to overcome. Think of him as your dungeon master. The dialogue is well voiced and at its best when the dealer is making a witty joke. For example, whenever the player attains the weapon “thunderstrike,” the dealer notes that the powerful weapon has been glorified “in story and song.” This reference to the band AC/DC made me crack up at its unexpected cleverness. The goal of the game is to progress through the dealer’s dungeons and defeat his champions. 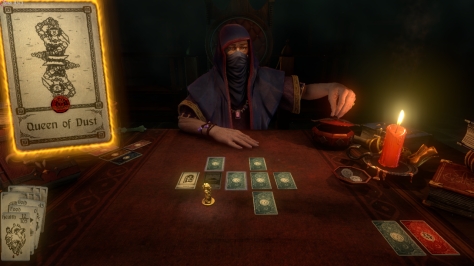 Gameplay is phenomenal in Hand Of Fate. After selecting the champion you will fight, you sit at the table with the card dealer. He lays out a series of cards that consist of your deck and his. Each card presents a different situation. These situations can include coming across an item shop, spotting an item in a canyon, meeting a priest, being attacked by bandits, and so much more. When you flip one of the game’s beautifully designed cards, you a presented with text that gives you the details to the scenario in your story. This can lead to a card shuffle game, drawing an item card, drawing a blessing, drawing a curse, or using your gold at a shop.

The cards can also lead to the game’s intense combat and deadly mazes. When a combat card is activated you are taken to the battlegrounds and the game turns into a third person hack ‘n’ slash with similar mechanics from the Batman: Arkham series. This gameplay is no ripoff though. It takes the attack/counter system and expands on it in its own way. As you fight a variety of combatants, you will be able to attack, counter, roll, reflect projectiles, use special weapon abilities, and use artifact abilities. The reflecting mechanic is the most notable in the game as you will have to manage the enemies in front of you as well as the enemies attacking from a distance.

Enemy variety is an important part of the game. Each enemy, with special exceptions, belongs to a certain faction. The Dust is your standard group of bandits with no shields. The Skulls is a shield barring group of undead. The Plague is a fast anthropomorphic rat group that can deal damage to you as they die. The Scales is the strongest group, comprised of slow reptilian adversaries equipped with shields and giant swords. Each group also has their own ranged fighters. The Dust and Plague have throwing knives. The Skulls have muskets, and the Scales can breath fire. These enemies are all well balanced and provide specific challenges. They are not just unique for gameplay purposes, but in story too. Each boss belongs to a certain one of these groups, and each boss card provides specific lore for them and their faction.

The enemies that do not belong to one of the groups are perhaps the most interesting though. In the game, you will encounter special enemies such as the giant undead Lich; a witch that shoots very powerful spells and teleports after being hit. These characters are very powerful and are not for the faint of heart. They also provide you with more story and trophies after their defeat. 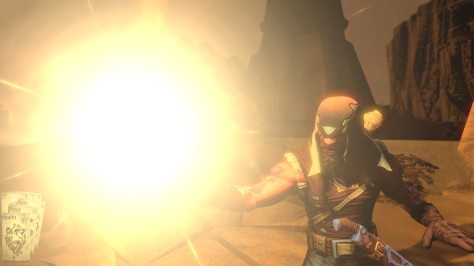 The enemies of the game are challenging, but the most challenging part of Hand of Fate is getting through a session without any technical issues. In my 13 hours with the game on PlayStation 4, frame rate dropping was frequent during combat and when the dealer would shuffle cards. Also, the audio would randomly cut out. Furthermore, the game crashed numerous times and the load times for combat were horrendous. These bugs were frequent and that really hurt the experience that is Hand of Fate.

The only other area where the game falls flat is its spike in difficulty. There are 12 champions to defeat in the game. I defeated the first six quite easily clocking in around 4 hours. Obviously the latter portion of the game should get more difficult, but this spike was ridiculous. The last half of the game took me more than twice as long as the first part. There are quite a few of factors that contribute to this. The enemies of the game evolve and gain abilities just as you do. The dealer begins to put many more curses on you, including one that prevents you from countering or else you lose supplies. Some battle scenarios will randomly select two bosses for you to fight at the same time. The game also features a boss fight in which you can’t kill anyone until the boss has died, and this is never hinted at in any way. The first few of these factors are challenging and tolerable but some make the game downright frustrating. 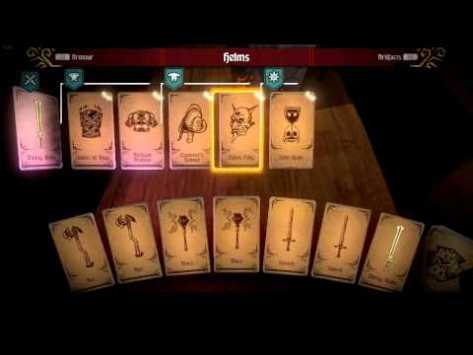 The most remarkable part of the game is its ingenuity and strategy. If the game ever feels repetitive, it is the player’s fault. This is because you are not only playing with the dealer’s deck of scenarios but yours as well. When selecting a champion to fight, you also select a number of cards to be placed into the dealer’s deck. This mechanic allows you to change the probability of the circumstances you will engage in during the game as well as the items you will find and the people you will meet. Strategy comes into play when selecting your path. While sitting at the table with the dealer, you can choose which card to move to and flip next. Each time you move this consumes a food card, and once you are out of food cards you will begin to lose health until you die. This mechanic requires you to balance your gold, health, and food supply in order to put yourself in the best shape to fight the boss at the end of the dungeon.

I want to be able to call Hand of Fate an amazing game, but I cannot due to its technical issues. Defiant Development has built an excellent and unique experience in Hand of Fate. The gameplay makes me want to play for hours despite it’s ridiculous difficulty spike. It is exciting, intense, and even cerebral at times. Hand of Fate an incredibly successful blending of genres that is plagued by persistent bugs, and a lack of polish.

Matt Batson is one of the many Matts here at MONG. He is also a Co-Host of MONG’s More Than The Score Podcast. He enjoys games, heavy metal, and comic books. You can follow him on Twitter and IGN.