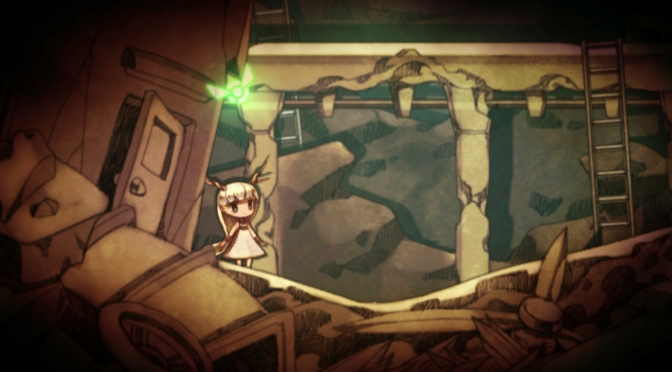 When it comes to developing and planning video games, the puzzle genre is arguably the hardest to nail. It requires balancing the intellect of your audience with the difficulty of the puzzle — a proper puzzle will give players the pieces needed, challenge them, and bring an “Aha!” moment to tie everything together. While nearly all puzzle games make or break it based on the puzzles, htoL#NiQ: The Firefly Diary for PlayStation Vita is made artificially difficult by the plodding controls, making for one of the more painful games in recent memory.

The Firefly Diary has a beautifully realized atmosphere with a complimenting creepy story. With a very minor inspiration from Limbo, a little girl named Mion wakes up with no memory of where or who she is. Guided by a green firefly and a purple one that lurks in the shadows, you are tasked to guide her out of the post-apocalyptic waste and find her family, all the while picking up hidden memory fragments to explain the disappearance. That all sounds great, right? Well it is! The first chapter is an absolute joy as the game introduces the mechanics while slightly ramping up the difficulty. 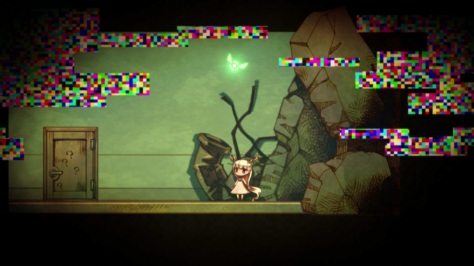 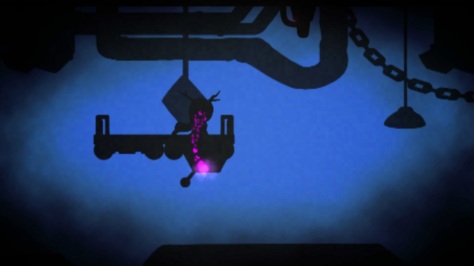 Ignoring the way-too-common accidental touch of the back screen (which pauses the entire game), the sensitivity, the slow pace of Mion, and the sheer difficulty of movement that follows was more rage-inducing than any of the puzzles within. To name one (of many) examples, early into the game you are tasked with navigating a complex maze using the front touch-screen — a nearly impossible task for me and the three friends I asked to help. When push comes to shove, the touch-screen control scheme quickly dissolves into an unplayable mess. 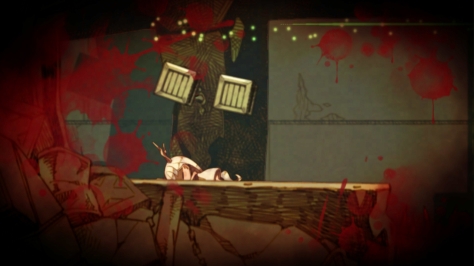 Luckily, players are given the option to swap controls to a traditional twin-stick/button format (both on the PlayStation Vita and the PlayStation TV). Unfortunately, there was not much of an improvement; instead of spending 40 minutes on a puzzle, it may only take 15. An arbitrarily difficult, painstaking 15 minutes. Very rarely did I have to restart because of actual confusion of the puzzle; instead it was the sheer navigating difficulty which artificially made each 20 second puzzle hard. 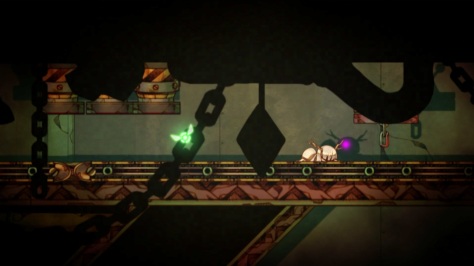 I can’t say that I beat the game — while I gave it my full attention and sank hours into it with varying control settings with different systems, eventually the game became too difficult to get past sections (somewhere in Chapter 4). It was like hitting your head against a cement wall trying to break it down. After long enough sessions, it may eventually crack and be an achievement to the few people committing themselves to the torture. However, many of us on the sideline are sitting there wondering “What’s the point?”

At the end of the day, htoL#niQ: The Firefly Diary is a beautiful setting with a fascinating story, complex gameplay mechanic, and interesting puzzles. However, htoL#NiQ is a prime example of how poor controls jeopardize an otherwise good game. While all of the positive aspects had me chomping on the bit to play more, my interest would wane after each and every unnecessary death. What could have been a challenging two or three-hour game was rendered nearly unplayable due to odd design choices, plodding controls, and poor level design. It is clear that there were some terrific concepts, both art and gameplay, that were created for this game — somehow they just got lost on the way.

Lou Contaldi is the Executive Editor of MONG and currently in training to outrun the Zombie Apocalypse. Follow his running routine, favorite beers, and gameplay lineup on Twitter.

One thought on “htoL#NiQ: The Firefly Diary Review”