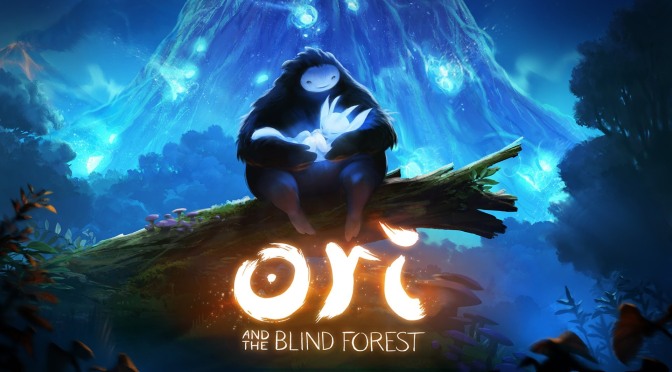 AN EXERCISE IN PERFECTION

Admittedly, Xbox One hasn’t had a lot going for it so far — with the exception of Sunset Overdrive, the Microsoft exclusive titles have either come hand in hand with scandal or have been subpar. What’s worse, it is well noted how nearly every multi-platform game runs better on PC and PlayStation 4. With all of that said, no one game has single-handedly turned around my opinion of a console and its future than Ori and the Blind Forest.

If you are going in blind (excuse the pun), Ori and the Blind Forest is a “metroidvania,” puzzle platformer with some light action and RPG elements. You play as Ori, a Forest Spirit, who was separated from the Spirit Tree early on. After being raised by the motherly Naru, the forest began slowly withering away. Before long, Naru succumbs to sickness and hunger and Ori is an orphan once again. With the help of an accompanying forest spirit (Sein), Ori is tasked to return the Three Elements of Light (Water, Winds, and Warmth) to bring
balance back to the forest. 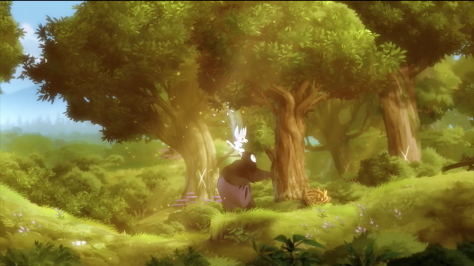 Moon Studios without a doubt knows how to tug on the heart strings — if you aren’t welling up in the first 15 minutes, I honestly doubt your humanity. Thanks in part to the beautifully orchestrated score and fantastic art style, Ori and the Blind Forest brings to mind a Pixar movie. Throughout the seven hour playthrough, I got chills from the beautifully narrated story about family and sacrifice. Sure, the story has its platformer tropes (collect three orbs to unlock three temples to save the world), it is presented in a fresh and interesting way that felt like a perfection of a genre instead of a copy.

While I can talk at ends about the storyline, it would be for naught without matching gameplay and level design. Impressively, both of these elements are just as masterfully executed. Like any other metroidvania title, the protagonist starts off weak and with a limited area to explore. Each power up you grab opens the path to a larger selection of collectables and more difficult sections of the map until the world is at your fingertips.

While this recipe is tried and true, Ori and the Blind Forest brings substantial improvements to the formula. Nearly all of the powerups add to the platforming elements, making it a joy and a breeze to get across the map. For instance, the Bash ability gained halfway through the game lets you slingshot off enemies and their projectiles. Even better, slingshotting these projectiles can help open paths or take down those same enemies.

Upgrades are given liberally through an XP system found in scattered collectables or earned by killing enemies. Up until the last second I was earning upgrades and feeling noticeably stronger.

While all the platforming and gameplay feels great, prepare to die. Alot. In my seven hour playthrough I died exactly 223 times (according to the leaderboards), and that is on the low end of the spectrum (other reviewers racking up in excess of 500 deaths). While the game has an achievement for beating the game in under three hours and one for a zero death playthrough, I doubt very many will be able to accomplish that.

Thankfully, the game implements a smart quick save/checkpoint mechanic. As long as you aren’t around enemies and have enough energy, Ori will be able to create a Spirit Flame, instantly logging the progress and allowing for upgrades. While this doesn’t make the game easier, it makes the difficult sections easier to swallow.

There are minor blips on the radar that draw away from perfection, specifically a few framerate problems, the inability to re-enter locations for 100% completion, and bizarre difficulty spikes. However, the game is so polished and these issues are so sporadic, they were never able to ruin my enjoyment of the game.

I am always hard pressed to believe the “hype” about games, however Ori and the Blind Forest is one of the best games to come out this generation, let alone on any Xbox platform. The game finds a perfect balance that both newcomers and long time gamers will enjoy, making it easily recommendable to everyone. While the game borrows from a tried and true formula, every mechanic feels fresh and polished largely thanks to the orchestrated music and stunning world. Ori is a gem that should be on everyone’s short list of “must play” games, especially at its $20 price tag.

Lou Contaldi is the Executive Editor of MONG and currently in training to outrun the Zombie Apocalypse. Follow his running routine, favorite beers, and gameplay lineup on Twitter.

4 thoughts on “Ori and the Blind Forest Review”