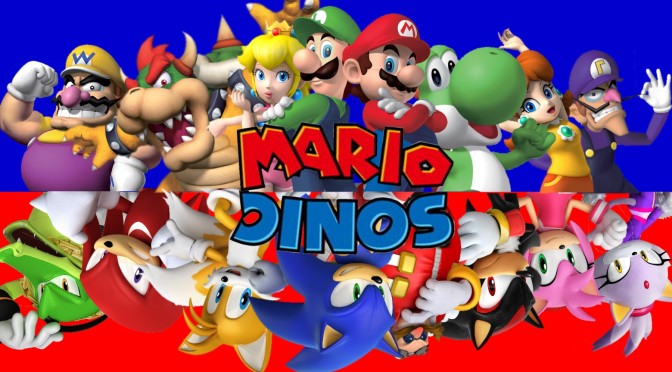 In a plot twist that may finally put an end to the 90’s battle of home console supremacy, Nintendo has offered to purchase Sega Sammy, Ltd. for an undisclosed sum.

The news comes on the heels of Nintendo’s incredible sales of amiibo and improving 3DS and Wii U sales. Satoru Iwata, President of Nintendo, said:

I’ve always secretly wished to create a proper game starring gaming’s two most popular icons: Mario and Sonic. Now we will finally have that opportunity.

Even though the deal hasn’t been finalized, Nintendo and Sega have both begun announcing various new projects, such as Mario vs. Sonic Wii U (working title), Super Monkey Ball Bros., Shenmue III, a Metroid/House of the Dead crossover, and Excite Taxi, which is an eclectic mix of Excitebike and Crazy Taxi.

The two companies will continue to operate (mostly) separately, only now Nintendo has access to Sega’s library of IP, and vice versa. Both companies have stated there are many new announcements to come at E3.

The merger is expected to be completed by the end of the month.

I, for one, am stoked that we might actually get a good 3D Sonic game out of this, along with the possible resurrection of several older franchises like Alex Kidd and Streets of Rage. Now Sega does what Nintendoes.

Benjamin Luthi is an Associate Writer for MONG who would never, ever write a satirical article on a day known for having a wealth of false information and other shenanigans. Follow him on Facebook or Twitter.

2 thoughts on “Nintendo to Purchase Sega”