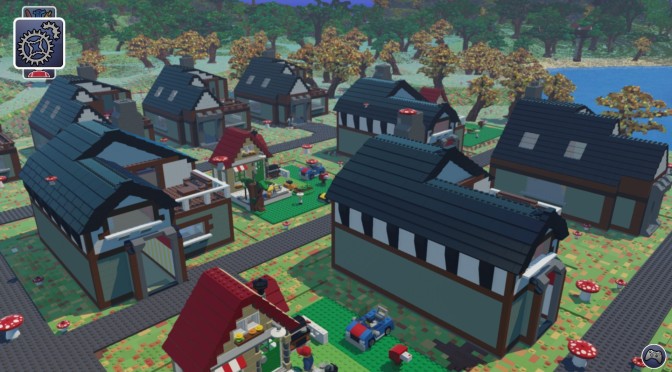 Minecraft is one of the best-selling games in recent memory but it should prepare itself to get some fierce competition in the form of LEGO Worlds.

The new brick-building game is being developed by TT Games and is actually available now on Steam Early Access.

LEGO Worlds, which is single-player only at the moment, will offer a “limitless collection of procedurally generated worlds” and the ability to discover anything “from cowboys and giraffes to vampires and polar bears, to steamrollers, race cars, and colossal digging machines!”

Players will have the freedom to alter the worlds and create anything they can imagine, one brick at a time. You will also be provided with large-scale landscaping tools to modify terrain quickly and easily.

In addition, fans of the LEGO building sets will be rewarded with a select number of commercially available sets that can be unlocked in-game during Early Access, with many more to come in future game updates.

Be sure to check out the reveal trailer below:

With the success of Minecraft, and the fact that it has always been considered a “digital LEGO,” I guess it was inevitable that LEGO would eventually make their own version. I personally never got into Minecraft, so I won’t be in a rush to check out LEGO Worlds, but I completely understand its appeal. LEGO Worlds will almost certainly be a commercial success.