Still debating on whether to buy a Wii U or not?  Perhaps this new bundle from Nintendo will entice you to take the plunge.  A new Mario Kart 8 bundle is now available in retail stores.

It contains a black 32GB Wii U, Mario Kart 8 pre-installed on the system, and Nintendo eShop cards to download both DLC parks for the game.  The DLC for Mario Kart 8 features new tracks, karts, racers, and was met with positive reviews upon release.  The total price tag for the bundle is $299.99. 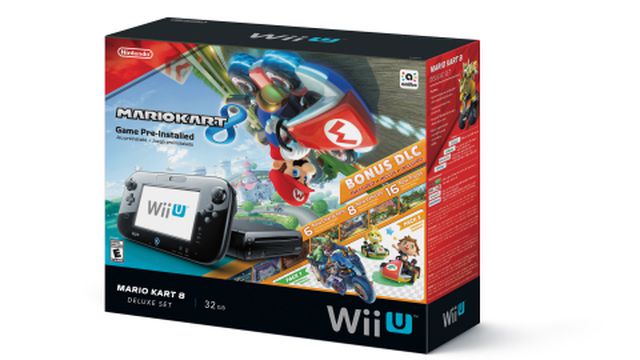 I think it is a solid bundle for the Wii U.  Mario Kart is certainly one of Nintendo’s most popular franchises and it makes sense why they would feature it in a bundle.  Personally I wish Nintendo would just drop the price of the console to $200.  That would be the sweet spot for me to finally purchase one.