Do all of your friends play Blizzard’s latest team-based hero first-person shooter, Overwatch, on Xbox One? Are you sad and lonely playing on your PlayStation 4 with randoms who only ever want to play as Hanzo? Well, I have some good news for you.

Overwatch could get cross-console play soon according to a new tweet. 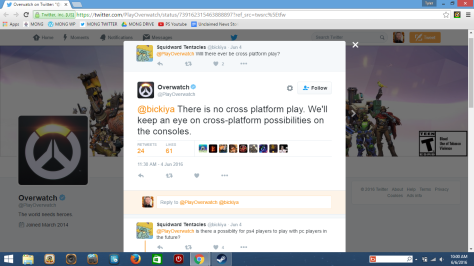 If not in the near future, Blizzard is at least considering the option.

The same Twitter user went on to ask if cross-platform play between consoles and PC would ever happen. 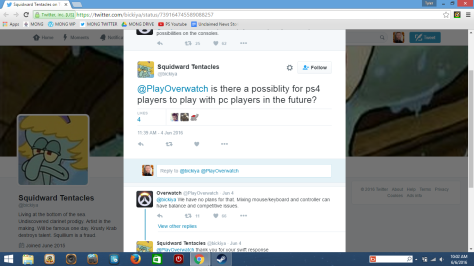 So if you’re lonely playing on a console and all your friends are playing on PC yielding the power of a mouse and keyboard — sorry — but you will have to remain forever alone.

Overwatch cross-console support sounds nice — more people for me to cold-heartedly mow down in spawn as Bastion or clobber with Winston. Rocket League is set to soon receive cross-console support, so it’s plausible, but who knows how much of a priority of Blizzards it is currently.