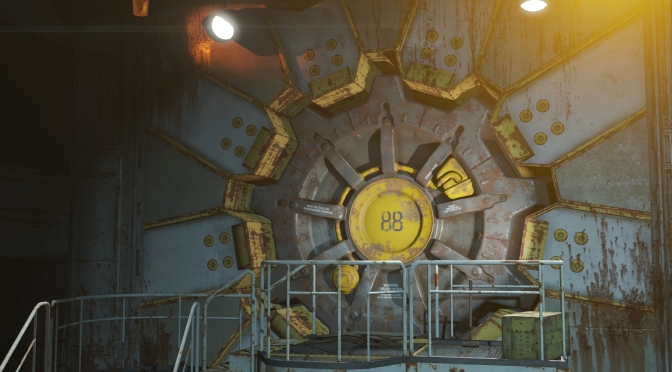 A release date has been set for Fallout 4’s next, and second to last DLC, Vault-Tec Workshop.

In an announcement today, Bethesda has revealed that the Vault-Tec Workshop DLC will release for Fallout 4 on July 26th.

Vault-Tec Workshop is set to be the third settlement DLC, and 5th piece of DLC in a run of six.

What is Vault-Tec Workshop? Here’s an official description:

“Build a brighter future underground with the all-new Vault-Tec Workshop. Create a massive Vault and attract new Dwellers using pre-war industrial kits complete with retro-nostalgic furniture, lighting, and art. Even change and customize the look of your inhabitants with new barbershops and cosmetic surgery stations. And like every good Overseer, run Vault-Tec approved experiments on your Dwellers to learn what makes an ideal citizen. Vault-Tec has given you the tools, the rest is up to you!”

Fallout 4’s Vault-Tec Workshop will cost you $4.99 if you don’t own the Season Pass.

If you love Fallout 4’s settlement building feature, this season pass has been more than palatable (even if mods on PC offer far superior content). However, if you’re like me, and you found the settlement system tedious, mundane, and half-baked, this DLC, like the Season pass, is nothing to be excited about.