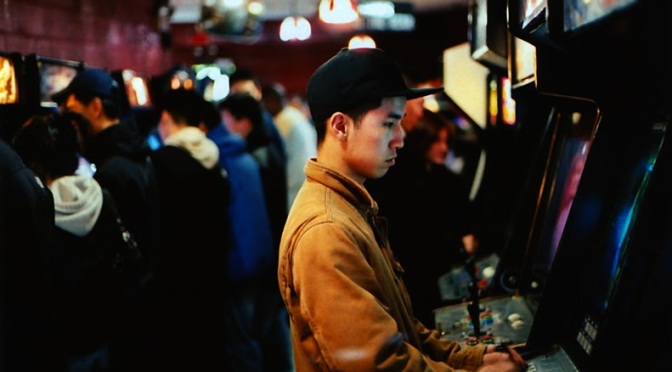 The arcade experience was a vital part of gaming for many kids growing up in the 80s and 90s. It was a place for many to plunk down their quarters and test their skills against fellow players and have gaming experiences unlike anything available at home. The Lost Arcade examines that scene through the lens of Chinatown Fair, NY’s last great video arcade.

IGN has released a trailer for the documentary by filmmakers Kurt Vincent and Irene Chin. Chinatown Fair opened as a penny arcade in 1944. Located in lower Manhattan, it served as a place from people of diverse backgrounds to bond over their shared interest in gaming. Chinatown Fair even had a mascot of sorts, with a tic-tac-toe playing chicken.

The Lost Arcade has its theatrical premiere Aug 12-18th at the Metrograph theater in NYC and debuts on VOD in September. Watch the trailer below for a look at the community that emerged from Chinatown Fair arcade.

I have many fond memories in my youth of hitting up the arcade in the local mall. I always gravitated towards the fighting game cabinets of Tekken and Virtua Fighter, but spent many quarters on games like Time Crisis 2 and San Francisco Rush as well. With the advent of online gaming and the increased power of consoles, arcades have mostly died out in the States. However, it is cool to see retro arcades pop up in certain spots across the country to keep the venues somewhat going. I haven’t watched any videogame documentaries before, but I would watch The Lost Arcade if it came to Redbox or Netflix.