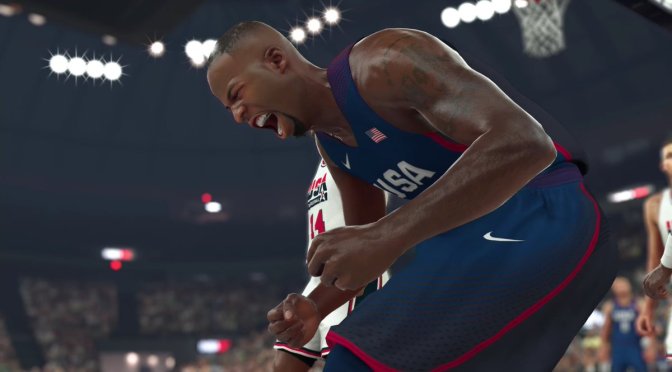 With the 2016 Rio Olympics going on now, it is fitting 2K Sports has released a new trailer for NBA 2K17 focusing on the Men’s U.S. Olympic team.

The latest trailer imagines what it would be like if the 1992 “Dream Team” squared off against the current 2016 Olympics squad. For now, making this scenario a reality in the game requires pre-ordering NBA 2K17, which grants access to the iconic “Dream Team.”

While not much actual basketball action is shown, the trailer does feature a good look at legends like Jordan, Magic, and Bird, while also giving shine to newer NBA stars in Kevin Durant, Paul George, and Draymond Green.

See the dream live on in the trailer below.

Very appropriate timing with the release of the trailer and having “The Star Spangled Banner” play throughout was a nice touch. I still have basketball cards featuring the “Dream Team”, so it was cool to see them in videogame form.