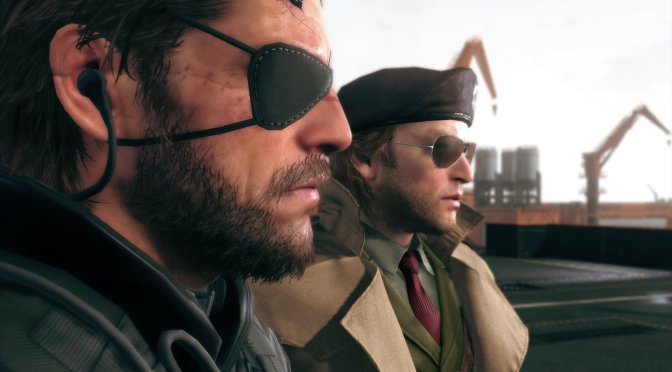 Despite how hard many of you may want it to be, Misson 51 is not the ending for Metal Gear Solid V, Konami has confirmed. And just like that, the internet hates Konami a little bit more.

As you may remember, when Metal Gear Solid V released last year it was lauded as one of the best games of the year, garnering a 93 on Metacritic. The same couldn’t be said for its rather controversial ending, which to say the least, left many gamers with a taste of meh in their mouth. To add to this point of contention was the fiasco of Mission 51: Kingdom of files. This mission was reportedly cut during development, but its cutscenes and boss battle were lumped into the Collector’s Edition bonus disc. At the time, the general consensus given the nature of the mission was that it was to be a part of the game’s ending, and many gamers adopted it as such, despite it never making the final cut.

With the new announcement of the Definitive Version fans have once again taken to the internet, via Twitter, to hound Konami about Mission 51, and its implications.

After one fan voiced their frustration with Mission 51 being an integral part of the story that was removed, the Metal Gear Account responded with, “Mission 51 is additional story content that was cancelled before development finished, but it’s definitely not the ending.”

The account then goes on to claim that mission 50 was always intended to be the ending of the game. Additionally, when asked if there are any plans to revisit mission 51, the account replied “I’m afraid we have no current plans to further develop mission 51.”

Konami, oh sweet Konami. You just can’t ever win, can ya?