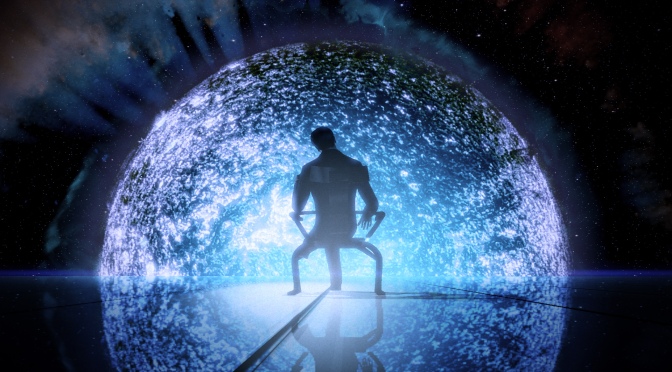 EA’s Peter “Party-Pooper” Moore is back again to crush your dreams of ever playing a Mass Effect Trilogy Remaster.

As you may remember, just last month at Gamescom, when asked about EA’s current status as the last man standing on remasters, and if any changes in plans to remaster the Mass Effect trilogy, EA’s Vice President Patrick Soderlund said that is was something EA was “actively looking at.” Further, while Soderlund said he couldn’t announce anything that moment, he did say you can expect EA to follow fellow partners in Activision, and other companies that have done remasters successfully.

Yesterday, EA Chief Competitive Officer Peter Moore shut down not only a Mass Effect Trilogy remaster, but remasters in general.

Speaking to IGN, Moore had the following to say about remasters:

“We are a company that is focussed on delivering for the future,” said Moore. “Could we make an easy buck on remastering Mass Effect? Yes.”

He added: “We just feel like we want to go forward. There’s a little thing called Mass Effect Andromeda that we’re totally focused on at BioWare, and it’s going to be magnificent. Anything that distracts from that…

“Do we have teams lying around that are doing nothing right now, that can go and? No, we don’t. We want to focus on the future and delivering new IP and new experiences.

“There’s easy money to be made all over this industry. The real focus should be on player first and focussed on delivering against new IP and new experiences. That’s what our real focus is.”

You can hear Moore’s comments for yourself in the interview linked above  around the 1h16 mark.

A Mass Effect Trilogy Remaster has been thrown around for quite some time, and despite Soderlund’s essential confirmation of it last month, we are left wondering once again if Moore is playing hardball, is out of the loop, or if indeed a Mass Effect Trilogy Remaster is happening. Until official confirmation arrives, it’s probably best to flex some caution, and assume you won’t be making out with Garrus Vakarian on the PlayStation 4 anytime soon.

I don’t think Soderlund would have said what he said if a remaster for the Mass Effect trilogy wasn’t in the cards. That being said, I don’t think Moore is lying either, I just think he’s doing advertising a favor and being more tip-toe about it. By saying EA itself isn’t working on it or even actively looking at it is probably true, because likely the remastering job has been handed out to another developer who specializes in such ports, like Bluepoint. If I had to bet my 2007 Honda Pilot on it, I would say we will get the remaster sometime in early 2017.