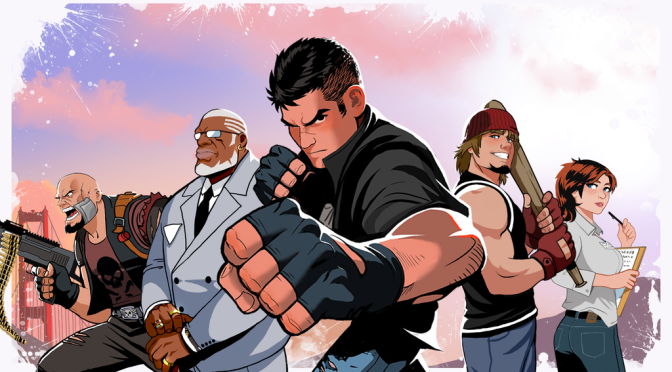 Jack be nimble, Jack be quick, Furious Jack punches his foe with a candle stick.

The small development team of Forgingames  brought their 2D beat em up Furious Jack to Kickstarter. Drawing inspiration from titles like Comix Zone and Streets of Rage, Furious Jack is a throwback to classic beat ‘em up titles with a stunningly fresh coat of paint. The team utilizes hand drawn graphics and animation to bring the game to life.

Furious Jack aka Jack Sawyer is a professional boxer who finds himself on the Mafia’s bad side and now must fight his way through the criminal underworld to rescue his abducted girlfriend. The story is told via animated comics as Jack traverses through over 10 levels, stabbing, punching, and shooting along the way.

The Kickstarter has a goal of $67,047 with a deadline of Oct. 10th. The team is aiming to produce a working beta build by summer 2017, with a final version hitting all major platforms by fall 2017. Check out Furious Jack in action and support the Kickstarter here.

The beautiful animation immediately caught my eye and I like the platforming elements shown throughout the trailer. Here’s hoping Furious Jack is able to reach its goal and arrives in gamers hands sometime next year.