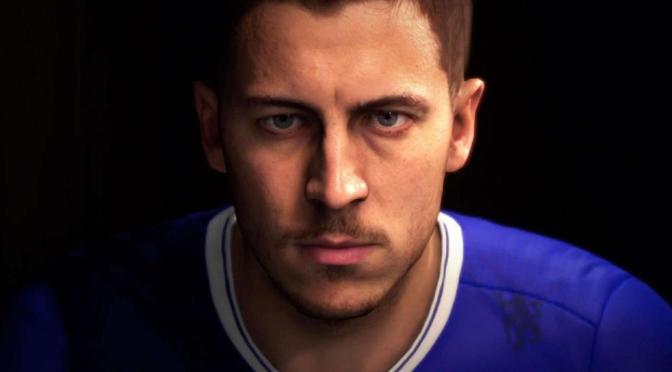 Each September FIFA releases, and like most of you: each year the player ratings baffle me, and make me wonder just how does this rating system work? Well, wonder no more, EA has spilled the goods.

The job all falls to one man: Michael Mueller-Moehring. Michael is tasked with rating 700 clubs, over 18,000 players, and oversees 5.4 million data points that are used to bring ratings to every last thing that needs it. He sat down with ESPN FC to explain this journey.

A lot of it starts with guess work said Mueller-Moehring.

“We guess a little bit … until our people have seen the player in action.”

His “people” consist of a 9,000-member network that EA Sports call its data reviewers. The group consists of a range of professional-level scouts, coaches, and season-ticket holders. Anyone who can watch many matches, in person, are ideal.

The feedback from these data reviewers is then sent to a secure EA Sports website, and from there this “eye test” is combined with player’s stats, trends, and tendencies.

“We have many leagues in the game; no stats provider could offer us data for all these leagues, teams and players,” Mueller-Moehring says. “This is also the reason why we use this online database, because it’s not possible to buy this data some way — it just doesn’t exist.”

“The stats are, in most cases, not taking into account very specific circumstances,” he says. “When you look at passing completion, if you play for Bayern Munich or if you play for Manchester City or if you play for Pep Guardiola, if your system is based on possession, you will have more successful passes than other players, but this doesn’t necessarily make you a better passer.

“And when you look at attributes like trapping and ball control, there is data, but the data never gives you the specific situations. Same for tackling.”

According to Mueller-Moehring, all of this is why EA doesn’t just rely on stats. In addition to the information that stats leave out about skill and physical attributes, mental attributes (such as aggression) can’t be derived at all from numbers. Therefore, this information is based directly on the feedback data reviewers provide.

When it comes down to physical attributes, like speed and strength, no outside factors come into play when calculating the player’s rating. However, when a player’s skill rating is determined, the caliber of the league said player plays in always factors into his floor and ceiling, with a few rare exceptions.

“If Messi were playing in the Irish league, his attributes would drop simply because he’s not on the highest level anymore,” Mueller-Moehring says. “We want to base our ratings on actual performance data.”

With the assistance of 300 EA data editors, all the feedback from the 9,000 data reviewers is collated into 300 different fields, and 35 specific attribute categories. All of this eventually yields each player’s overall rating according to ESPN FC.

However, sometimes players don’t fit into these data sets well. The result is the spitting out of a rating that doesn’t fit that player, because said system doesn’t account for all the intangibles that make that player world class.

“A case is Thomas Muller, who isn’t good at anything, really, apart from his positioning,” Mueller-Moehring explains. “He always finds the right spot on the pitch, it’s amazing. But he’s not a great dribbler and he can’t really strike the ball properly — his finishing is sometimes really, really off. Shot power is not his strength as well.

“So if you rate Thomas Muller properly, he ends up with a rating that we say doesn’t make sense. It’s too low.”

So what’s EA’s scientific solution? Well quite simply, they just boost his overall rating to better reflect his standing in the game. It’s really that simple. How else do you think Wayne Rooney gets that high each season? EA also has the power to do the opposite, lower a player’s rating, though Mueller-Moehring says it never happens.

Once all the ratings for 18,000 plus players (this number only represents the work for FIFA 17) are nailed down, that information is then used to determine the strength of each of the game’s 700 clubs. Only the club’s 16 best players overall ratings are taken into account when determining the score. Meaning most of a club’s youth players do not contribute to this rating, but a player who hasn’t completely fallen out of team favor for a year, does.

At the end of the day it’s complete subjectivity. Something we can tell from the rubbish 81 rating Kante received this year.

Hardly do deep cuts of game development like this ever trickle out, but every time they do, I always appreciate the read. All I personally want to know is whether or not EA plans to patch in Gary Cahill’s inabiity to make a back-pass to the goalie. That’s the type of realism I’m looking for.