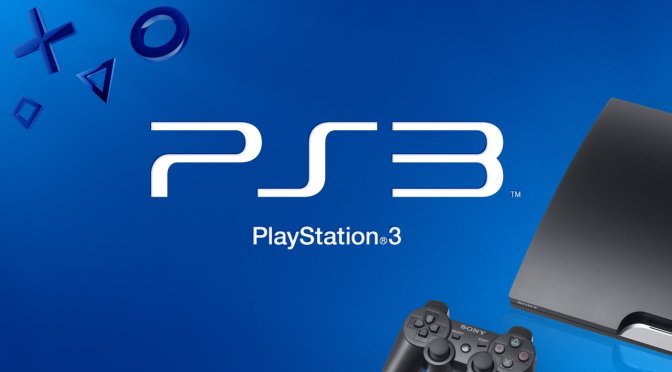 This week marks the 10th anniversary of the PlayStation 3. Released on November 17, 2006 Sony’s third console wasn’t always one of the best consoles around. After the incredibly massive success of the PlayStation 2, it seems that Sony was being overconfident with itself.

Pricing the original PlayStation 3 model at $599.99, it had to deal with underwhelming sales and lack of confidence. To make matters worse, in 2011 it had to deal with one of the worst hacks in entertainment history with 77 millions users affected by the breach and also causing the loss of millions of dollars for Sony and over a billion dollar loss overall in 2011.

Despite that, in 2009 Sony released a new slim model, lowered the price and released an advertisement campaign that became a fan favorite with Kevin Butler. When that happened Sony and PlayStation 3 bounced back and they started releasing exclusives that became some of the greatest games of all time. I didn’t get a PlayStation 3 until 2011, shortly before the hack, and I had a lot of games to catch up on. Like last year with the Xbox 360, these are my top ten favorite PlayStation 3 games of all time.

This is my list and the opinions expressed here are my own. Like the Xbox 360 list, there are some in here that can be played on other platforms , but I chose to include them in this list because of how I played the game. Another new rule is that it has to be a game that came out on PlayStation 3 first. Meaning that I can’t put down Persona 3: FES or Persona 4 because those are part of the PlayStation 2 Classic line. Also, no remasters so no Metal Gear Solid HD, Tomb Raider HD  or Devil May Cry HD.

The big one. I could have easily just put the entire trilogy in this list and called it a day, but if I have to pick one, it would need to be Uncharted 2: Among Thieves. This is how you do a sequel. The original game Uncharted: Drake’s Fortune was an awesome time, but Uncharted 2 took that and blew it up into a phenomenon. This was the game that launched Nathan Drake to stand alongside Lara Croft, Parappa the Rapper, Crash Bandicoot and Kratos as Sony’s premiere characters. Everything about this game is perfect. The action, gameplay, story, characters, pacing. Games that blows up like this don’t come around often.

The Last of Us is one of those games that pushes the medium forward into what it can accomplish when it comes to characters and stories. There is no cliche characters here. Every character is rich with depth and Joel and Ellie are some of the best characters in all of gaming. Naughty Dog has created its crown jewel with this game and how they are going to top this with The Last of Us 2, if it is coming, will be up in the air. The Last of Us is the future of gaming and the fact that they did this on the PlayStation 3 shows that there are many lessons yet to learn on the PlayStation 4. 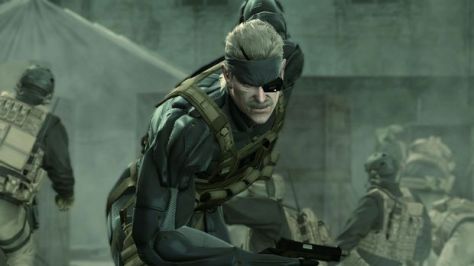 This is how you end a series. Writer and Director Hideo Kojima must have felt pressure on this game knowing he would have to wrap everything up and try to make sense of everything from the entire Metal Gear franchise. Every question you had from the series is answered and yes, he did have to twist some of the convoluted continuity for it to work, but for the most part, he did it. The fact that this is Kojima’s final Metal Gear game according to Solid Snake’s core timeline makes that final forty minutes perfect.

I actually missed out on this game in 2010 when it came out because of Alan Wake, which I don’t regret, but when I finally did play it, it blew me away. I’ve always enjoyed the Grand Theft Auto series so I was expecting something similar with this. Man, was I Wrong. This wasn’t a Grand Theft Auto clone, this was something else. Something deeper. While the Grand Theft Auto games does have a satirical feel to the games, Red Dead Redemption felt like it actually happened. While there are some over-the-top moments sprinkled throughout the game, for the most part, I could see some of these events happening in real life. Herding cattle, breaking wild horses, going from town to town by the best horse in gaming. Red Dead Redemption lets you live out that cowboy fantasy. Having one of the towns called Armadillo kind of made me a little giddy making me think of George Strait’s Amarillo by Mornin. It’s the perfect western game, and I hope that Red Dead Redemption 2 will follow along.

The shortest game on this list, is also the most memorable. There is not much to do on Journey, but what you go through is worth a play alone. You really do get sent into a journey. It will only take a couple of hours to complete but those final moments in the game alone makes it worthy of being on this list. It’s a wonderful unforgettable game that will be considered as an indie classic. 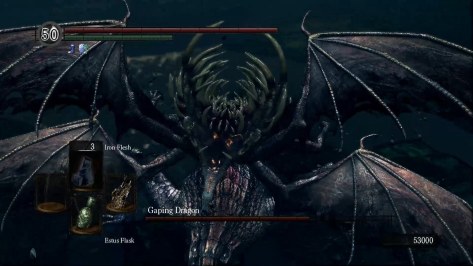 I don’t do well with hard games. But something in Dark Souls flipped that switch. Soon after beating Dark Souls, I started playing a few games on harder difficulties. Dark Souls made me a better player and I won’t ever forget that. I remember clearly when I finally beat the final boss of Dark Souls and that rush I felt of beating the game. It was something that I felt every time I defeated a boss. But this one felt special. I took the Dark Souls challenge and faced it head on and had a revolutionary good time with it. Now, depending on how much I like a game, I feel that I should beat that game on hard. Dark Souls opened my eyes on the satisfaction of completing a difficult game, and the frustrations that come with it.

7. Ratchet and Clank: A Crack in Time

The end is here indeed. Set just moments before the end of God of War 2, God of War III shows the epic end to Kratos’ final act of revenge. And epic it is. Much like A Crack in Time, Santa Monica Studios pushed the PlayStation 3 to its absolute limit and gave us a title that deserves to be called Epic. Massive boss battles, satisfyingly brutal gameplay, a fitting end to the trilogy, and amazing set pieces. While I do consider God of War 2 to be the better game in the series, God of War III is damn close.

I played Persona 3 for the first time in 2014 and it opened up my eyes to JRPGs like no other game before it. Not even Final Fantasy VII turned me into a JRPG fan, but Persona 3 did. Shortly after beating Persona 3, I played Persona 4 and the obsession began. An obsession that is still being felt today. Persona 4 turned out a lot of spin offs. 2 fighting games, an update of the original game and a rhythm dancing game. I played them all. This shoutout goes to the sequel to the fighting game. Persona 4 Arena Ultimax handles the story much better than the first one did and, according to the timeline, this is the last time we get to see the characters. All the surviving characters of both Persona 3 and Persona 4 meet once again and Atlus knew that this would be the last time we would truly see these characters, so they ended all their stories in the best way possible. We may say goodbye to these characters for good when Persona 5 comes out, but I won’t ever forget them.

Remember that hack from 2011? As a sorry from Sony, we got a handful of games and one of the games they gave out was Infamous. This was an awesome game, especially considering how soon it came out shortly after the PlayStation 3 launch. While the story and the characters are decent in the long run, just running around doing good or ill to the citizens is a lot of fun. Do you want to be a hero? Or do you want to be the villain? This game will let you choose and any choice you make will have consequences, through the story or the gameplay. Infamous is a lot of fun that tends to be forgotten when it comes to PlayStation 3 exclusives.

Those are my top ten games for the PlayStation 3. Much like the Xbox 360, it has its highs and lows, but for the most part, it’s a wonderful system. Who knows what the future will bring to both Xbox One and PlayStation 4. I just know that I’ll be waiting to play the next new game and have a damn good time with it, assuming the game is good.

Jesse Webster is the Senior Writer at Middle of Nowhere Gaming and Emily is still kicking The Reapers ass.