Rainbow Six Siege’s season 2 called “Velvet Shell” is to begin tomorrow Feb 7th. Velvet Shell will kick off with a new map and two new operators to play as.

Jackal and Mira. Jackal is a new attacker with the ability to see footprints from enemy team and scan them to reveal the location of that particular person who left the footprints.

Mira, the new defender that can place a one way window on any destructible wall (reinforced or not). Mira also has R6S’s very first shotgun secondary weapon. 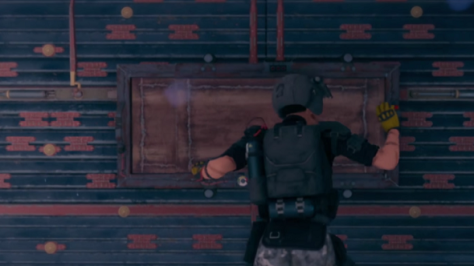 The new map, “Coastline” is rocky map with a large beach house. Centered around a main courtyard in the middle.

The two new operators will be available to year 2 season pass holders, while the map will be available for free. Rainbow Six Siege Brand Director Alexandre Remy said in an interview that Ubisoft is looking to expand the roster of operators from anywhere between 50 to 100 over the game’s lifetime, so expect many more to come.

I love R6S and I’m glad to see they won’t stop adding new operators and new maps. It constantly makes the game more interesting and dynamic.

Jeremy LeLaCheur is an Associate Writer at MONG who is sometimes a little to sarcastic and charismatic for his own good!