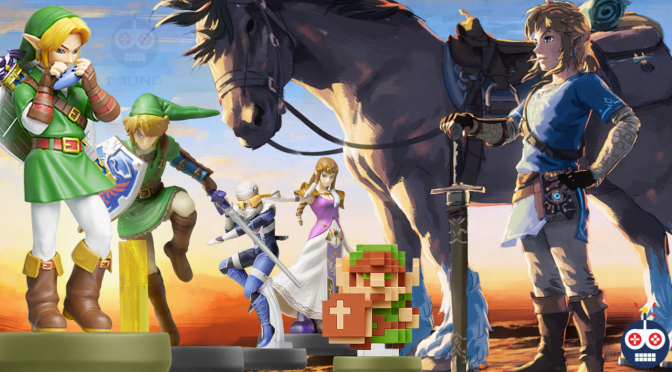 Nintendo’s Amiibo have been hugely successful since day one, with the game maker raking in tons of cash from these small, plastic collectibles with NFC tags embedded within them. Clearly this benefits Nintendo nicely, but are these figures good for the customer? As it turns out, no — and it may even be worse than downloadable content (DLC).

The introduction of DLC has been controversial since its introduction. Heck, I still remember my brother and I groaning when we had to buy the Halo 2 map pack disc back during the Xbox/PlayStation 2 era. Then suddenly, the Xbox 360 ushered in a rocky period of overpriced digital items like The Elder Scrolls IV: Oblivion’s horse armor. Those were dark days for gamers who expected the sky to fall at any minute, especially when the occasional game found its ending locked behind a paywall (lookin’ at you, Prince of Persia!). But things got better. Mostly.

Later, Skylanders came along with its toys-to-life model, wherein tiny statues could be purchased to unlock new playable characters inside the video game. Countless sequels and spin-offs followed, Disney Infinity launched as a competitor, and just as retail stores were nearly packed to capacity with these friggin’ figurines, Nintendo threw Mario’s hat into the ring. And collectors took notice… as did scalpers. 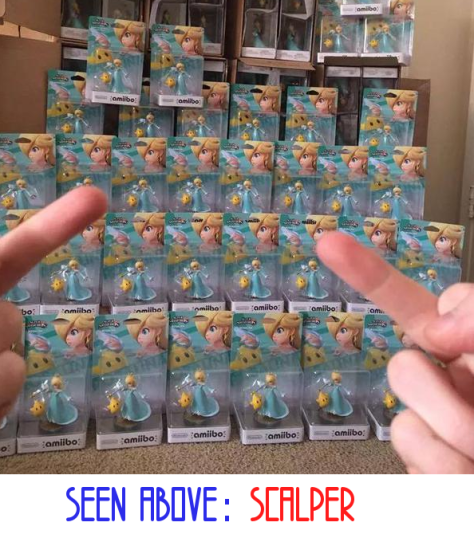 It’s no secret that Nintendo’s Amiibo have fostered a booming market for those scalpers. The retail supply barely meets demand, and the instant one character is perceived to be more scarce than the others, that price tag skyrockets on ebay, Amazon, and any other site where third-party sellers can push their wares. Sometimes this is temporary, other times collectors and gamers have to accept that they may never own a particular figure. And that was okay, because the bonuses and items these figures could unlock were relatively minor. I certainly didn’t care, especially as the few Amiibo that caught my eye — Shulk, Fox, and Falco — were easy to obtain.

And then The Legend of Zelda: Breath of the Wild (BOTW) happened. I dragged my feet before buying this game, particularly because I was never quite sold on the Nintendo Switch console, but also didn’t want to buy the inferior Wii U version if something changed my mind. So I decided to wait. Even so, the discovery of what each Amiibo can unlock in-game piqued my interest. Surprisingly, most of it seemed worth having.

Let’s take a look at the list, as seen on IGN’s wiki:

Note: Each of the Legend of Zelda Amiibo that drop chests has a small random chance to drop rare Easter Egg equipment related to the game they are from. Known items that drop are listed below:

Ganondorf Amiibo: Sword of the Sages

Many of the in-game items are cosmetic, yet notable. For the first time in the history of the series, Nintendo allows gamers to customize Link based on their favorite version of him — if you have the Amiibo. However, more interesting than the clothing and armor is the fact that Epona (Link’s recurring faithful horse), iconic weapons, and an AI-controlled companion are locked by default. In spite of the fact all of this content is sealed behind a paywall far worse than most season passes ($13.99-$15.99 per figurine at retail), I was okay with that. It may be a little pricey, but I considered buying several figures before deciding whether or not to purchase the game… but ultimately decided to wait.

“I’ve seen those things stacked up at every store,” I said to myself, “they’ll still be there when I’m ready.”

Ooh, how wrong I was! Those figurines damn-near vanished overnight, swooped up by other gamers and — if ebay is any indication — a legion of scalpers. Even that once-worthless Super Smash Bros series Link with the oddly urine-esque display stand, which were used as doorstops and tire wedges for the past couple of years, now commands around $50 from third-party sellers. Unlocking Epona will now cost nearly as much as a brand-new game. That’s ridiculous. The Legend of Zelda 30th Anniversary series Amiibo, which just released in December of 2016, are now impossible to find for less than $30 — and some retailers claim they were discontinued, meaning restocks may not occur. Wonderful.

So I’m sitting here now with a sealed copy of BOTW, willing to throw far too much money in Nintendo’s direction for in-game outfits and weapons that are entirely optional — but it isn’t even possible. They can only be accessed if you have the Amiibo, which are now scarce. However, even those lucky enough to own the Amiibo still have to jump through hoops. Each figurine merely grants one random loot drop per day, offering only a chance to nab the desired items. That’s certainly an odd way to reward faithful Nintendo diehards.

If you’re petty like me, not being able to obtain a certain piece of content may sour you on the game altogether. Yeah, yeah, that’s our problem. Possible mental issues aside, this is something that shouldn’t happen. If this in-game content can’t be bought from the eShop, then Nintendo should at least command its army of overworked Toads and Toadettes to produce another run of relevant Amiibo before the latest game releases. Is that too much to ask?

Instead, there is only one option left for those who seek to unlock BOTW‘s Amiibo content: counterfeit Amiibo NFC tags. Now, I’m not suggesting you scurry over to your local hive of scum and villainy, moving from one trenchcoat-wearing drifter to another until you find a bootleg Amiibo vendor. It’s actually remarkably easy to buy one of these phony products by accident — they’re all over Amazon, for crying out loud! Yes, those low prices are too good to be true — if you want the figurine. If you simply want the data on a scannable NFC sticker (or card) so you can have a chance to get your digital swag, these counterfeits are perfect. However, even they can be costly if you seek a full set. 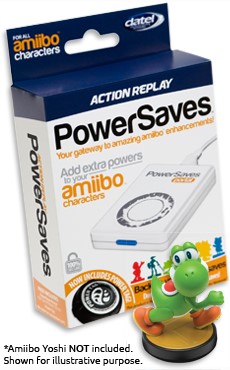 There is a secondary alternative. For the low, low price of about $25, anyone can purchase Datel’s Amiibo Action Replay Powersaves device from Gamestop to create their own fakes. I’ll leave the tutorial to someone else, but it seems to be relatively quick and easy. Or so I hear.

Regardless, gamers shouldn’t feel like they need to resort to such steps. If we lived in the sun-drenched, pastel world of the Mushroom Kingdom, every Amiibo would be readily available. In reality, the whole concept of this toyline is incredibly flawed and, in my opinion, worse than most DLC. Until Amiibo production and distribution is properly sorted out, or the unlockable bonuses are also offered for purchase digitally, Nintendo risks sending well-meaning fans into the dark, chaotic world of piracy. Nobody wants that. Other than those freaks who just want to watch the world burn, I mean.

Chris Cobb is an Associate Editor for MONG, and also a whiny, entitled gamer who needed something to write about. You can yell at him over his dramatized Amiibo rant on Twitter if you absolutely must.