In a surprise announcement, GameTomo, has announced a Western release for the Japanese Mech-Action Game, Project Nimbus: Complete Edition.

Project Nimbus: Complete Edition offers a four act storyline with a violent clash of three different factions over a war-torn futuristic Earth. Battles emerge throughout the world over floating cities, vast oceans, and even the cusps of space through battles to save humanity over 26  missions and a variety of boss battles.

In addition to the story, Project Nimbus: Complete Edition has several modes. Survival Mode allows players to control an entire hangar and defeat a continuous onslaught of enemies. Warfront Mode offers six unlimited mission modes like Base Defenses, Interceptions, and Assassinations that can offer several adjustable and repayable activities for players to enjoy. 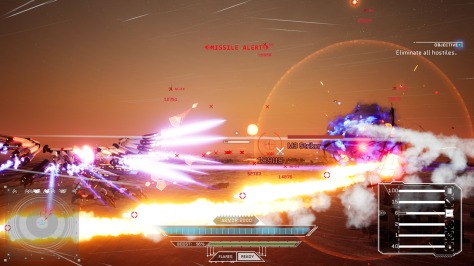 Project Nimbus: Complete Edition is set to release on May 16 worldwide for the Nintendo Switch.

My Opinion:
This game looks amazing! I’m so pumped to try this out and go full force with the calamity and mech-action on the Nintendo Switch. Let’s get hyped for Project Nimbus.