Recently shown off at Xbox’s E3 Showcase, Riverbond, is now available for players to try out.

Riverbond, a new voxel shoot-and-slash dungeon crawler by Cococucumber, takes players on a journey to battle monsters, find treasure, and become the hero of the land; either as a melee-oriented player, ranged weapon, or a fun mix that tailors to your play style. In addition to a solo adventure, Riverbond has up to 4-player drop-in/ drop-out couch co-op for everyone to enjoy. 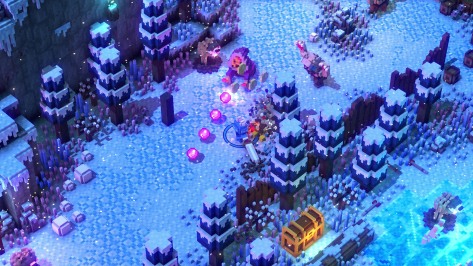 Showcased earlier last month during Sony’s State of Play 2 presentation, Riverbond will also feature eight crossover skins from Enter the Gungeon, Guacamelee!, Psychonauts, and Shovel Knight, where they are scattered around the world for players to discover and find. 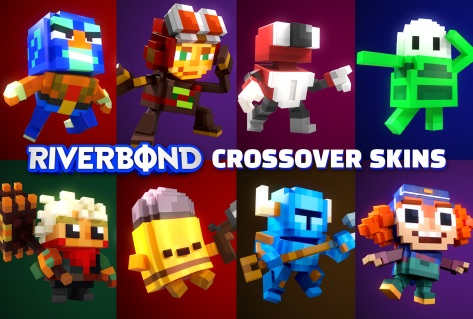 Riverbond is available right now on Xbox One, Steam for PC, PlayStation 4 (North America and LATAM currently), as well as Xbox Game Pass for Xbox One and PC.

My Opinion:
I love those “And it’s available NOW” announcements. Let’s see what this voxel shoot-and-slash adventure has in store during the wonder E3 week!