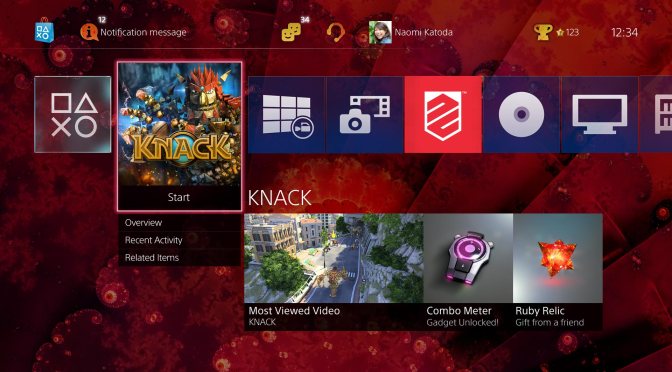 PlayStation 4 has been on the market for just under a year, and now they have spilled some of the beans on their great update 2.0, which is codenamed “Masamune”. The update has features that were previously announced at Gamescom this year while also adding some new features that PlayStation fans have been asking for.