Everyone knows that Nintendo’s home console isn’t flying off the shelves — whether it’s due to lack of consumer interest or just branding problems, it’s neither here nor there. That said, there is one thing that boosts Nintendo sales like no other — bundles. While they aren’t for everyone, there is no denying the mass appeal in the eyes of consumer. Not only that, but Nintendo has the deepest vault of cherished characters and established franchises to draw from.

Thanks to the wildly successful Nintendo 3DS and upcoming Amiibos, there are a host of different combinations for any user to be excited about in the newest generation of hardware.

In the past few weeks, we brought you an article about potential Xbox One bundles and potential PlayStation 4 bundles. This week, we set our sights on Nintendo’s Wii U. What follows is a rundown of some future bundles we would love for Nintendo to bring to the market.

THE LEGEND OF ZELDA WII U

Harry – I think a Legend of Zelda Wii U bundle would be perfect. This is one of the most highly anticipated games for 2015 and many gamers are waiting for it to come out before purchasing a Wii U in hopes of a bundle. Needless to say, this would sell very well. If the Wii U were to have a triforce symbol, it could even persuade players who already have a Wii U to trade theirs in for it. I would be hard-pressed not to consider the bundle and system.

Dustin – The potential in a Wii U bundled with The Legend of Zelda Wii U game could be pretty high. People are interested in the upcoming Zelda game, and some of those people don’t even own a Wii U yet. I think this console should be styled like the Legend of Zelda: Link Between Worlds 3DS was: golden with a triforce logo on top. The GamePad should also be colormatched for the best effect. Extra credit: throw in a copy of Hyrule Warriors.

Lou – So little is known about The Legend of Zelda Wii U, but that doesn’t mean that there isn’t a great bundle idea. The Zelda series has been known for their gold colored hardware (think back to the Skyward Sword gold Wii Motion Plus controller or the Gold/Black A Link Between Worlds 3DS). I’m thinking a gold plated Wii U, engraved with the Hylian shield on the right side and a triforce on the left. Along with a copy of the game, the special edition would come with every Zelda game on the Virtual Console… well… all three of them, anyway. 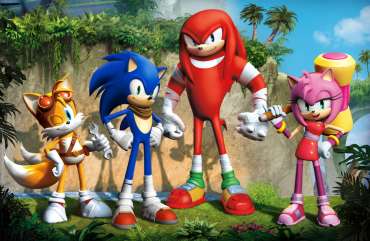 Harry – Though I’m not the biggest fan of Sonic, the options for this are pretty vast. In addition to bundling Sonic Boom with a Wii U, Nintendo and SEGA could also give consumers a code to buy a classic Sonic game. This wouldn’t only bring players the Wii U game that they bought, but could either re-introduce or introduce players to the Sonic series. Now, with Sonic returning to Super Smash Bros for 3DS and Wii U, its popularity is bound to increase.

Lou – Before SEGA’s collapse from hardware, the idea of Sonic on a Nintendo platform was merely a dream for disillusioned elementary schoolers. Now, some people are practically begging for him to leave. That said, Sonic is still one of the most iconic video game characters that have ever graced the medium. That said, I think it is time we had a solid, Sonic-blue Wii U with a red and white base. Packed in could be a download code for SEGA’s best VC classics.

Harry – I love the idea of this bundle. Not only could the Wii U be fitted as a SNES, it can be bundled with a slew of SNES, NES, and other games that can be introduced to a new generation. In addition, the parents and older gamers can reminisce on the “good ‘ol years” and fall in love with those games all over again. Seeing all the positive responses from the Nintendo 3DS modeled after the NES, a SNES model of the Wii U seems like a logical step.

Lou – As a classic Nintendo gamer, I think they could make a line of “classic consoles” — specifically make it appear like an NES, SNES, Nintendo 64, and GameCube. This will absolutely cater to both classic gamers and serial Nintendo hardware collectors. Packed in could be the NES Remix Pack — unless you grab the purple GameCube bundle, then you get a copy of Wind Waker. 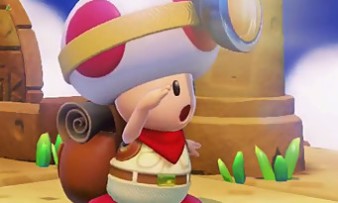 Harry – This possible bundle is one that I am on the fence about. Even though the Captain Toad Treasure Tracker game looks very cute and put together, there might not be enough name recognition to make it successful. Saying that, I think if they paired it with a more recognized game (like a possible Mario Galaxy/ Mario Galaxy 2 remake in HD) then it could get a boost in popularity.

Lou – Toad has never really had the popularity he deserves; Toad is the everyman, the vast populace of the Mushroom Kingdom. However, there is very sparse mention of him outside of Paper Mario games. In celebration of Captain Toad’s first foray into an exclusive title, we should see a white console with red polka-dots surrounding it. The GamePad itself should be red with white polka-dots. Last but not least, the Treasure Tracker and New Super Mario Bros. U could be included! Maybe even a toad Amiibo to round out the package.

SUPER SMASH BROS FOR WII U

Harry – Yes. I’m personally banking on this for when I purchase a Wii U. It will sell. A lot. Pair it up with the adapter for the GameCube controllers and a GameCube controller, and you’ll have a record breaking bundle. If they were to also have the logo or characters from the game, similar to the Super Smash Bros. edition of the Nintendo 3DS XL, then it will only further encourage people to purchase it.

Dustin – A Super Smash Bros. bundle could be a good system seller for Nintendo. I feel like Smash games are super busy and hectic, so painting all the characters on the console would reflect that energy well, but I think a better alternative is a large SSB cross symbol by itself. Paint one of those bad boys on a red Wii U and call it a day.

Lou – This is a golden idea for Nintendo — there is just so much hardware being made specifically for Smash Bros. it would be crazy for them not to do this. I’m thinking that this can be a dark red console which would have the Smash logo on the side. The bundle would come with a copy of the game, a Wii U GameCube Controller Adapter, a Super Smash Bros. edition GameCube controller, and a randomly picked Amiibo. While this would clearly raise the price, I think Smash enthusiasts around the globe would be vying to grab this edition. 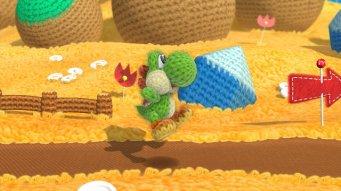 Harry – I think this can be the “cutesy wootsy” bundle. Clearly Yoshi and the entire Wooly World is adorable. I absolutely think if they pair the game and system with an actual wooly Yoshi made of real yarn, then it would sell. People ooh-ing and ahh-ing it could force their hand and make the buy. That type of limited item could also sell very well on eBay or other sites as a very awesome collectible item.

Dustin – This bundle should be a standard issue Wii U with a copy of Yoshi’s Wooly World included. But the real trick here would be to throw in a yarn cozy for the GamePad. Obviously, it should be Yoshi-green yarn. Or, if we were to get super stylish, make it green dots on whitefield, patterned like Yoshi’s eggs.

Harry – This is another one that I think can sell, but more towards the “indie” players. When Xenoblade Chronicless originally came out, there was a small, yet dedicated fanbase. Now that Shulk is a playable character for Super Smash Bros. for 3DS and Wii U, along with the new Xenoblade Chronicles X coming out, the popularity is bound to skyrocket. A perfect example of this is the rapid growth of Fire Emblem in the west after Super Smash Bros. Melee came out with Roy and Marth as playable characters. What would make this bundle perfect is if it came with the original Xenoblade Chronicles. If it did, then that would probably guarantee me buying it.

Harry – This bundle could also be very popular with multiple generations of players. I mean, who doesn’t love Mario? The All-Star pack could include the new Mario Party game, maybe a game or two of the sports games (Mario Tennis, Mario Strikers Charged, or even the Wii U Sports games). This one could also have codes that consumers can use to download older games, merging the newer Mario games with the older ones.

Dustin – I like the idea of a bundle that capitalizes on the likes of the second tier “Mario” title games. I feel like this is another great chance to roll out the red color for a Wii U. Paint a Mario “M” on the Wii U and a little “M” on the gamepad and you are all set.

Lou – Super Mario All-Stars was a staple to nearly all Super Nintendos — the game had all the best [remastered] versions of NES Mario titles in one package. That said, the Mario All-Stars Bundle would be a Mario-red console with the best Mario games to ever grace Nintendo consoles. This would include Super Mario 3D World and Mario Kart 8 on the main console and Super Mario 64, Super Mario World, and Super Mario Bros. 3. If Nintendo wants to be extra charitable, they may consider even remaking Super Mario Sunshine or the Galaxy games!

So, what do you think? Do any of these bundles tickle your fancy? Could we expect you to be at the midnight release for any of our predicted packages?  What combination of goods would you like to see in your favorite edition?  Give us your thoughts on these bundles and let us know what obvious bundles we missed in the comments below.

Dustin LaRoe is an Associate Editor for MONG and is just awful at videogames. Join him on Steam or Xbox Live as Guy 105.

Lou Contaldi is MONG’s Executive Editor. In his off time, he enjoys being aggressively mediocre at Hearthstone. You can follow his incoherent ramblings at Twitter.

4 thoughts on “Wii U Bundles That Could Really Sell”