The PlayStation Vita turns three years old this week. Like a toddler, it’s still perfecting its coordination, and learning how to tell its own stories, but it has potential. Even though this little guy is so young, people have been singing its swansong since the Vita’s initial release. Yet, like an indestructible Freedom Wars Abductor, its health is draining slower than anticipated. The big question is what’s the Vita outlook for 2015 and beyond?

When the PlayStation Portable launched in North America almost ten years ago, the gaming world was a different place. Most importantly, mobile games had yet to take off. Even if many people bought the PSP to be used as an emulator, it is undeniable that it had great exclusive experiences. Rockstar made two Grand Theft Auto games. There was an exclusive God of War property. Hideo Kojima created Metal Gear Solid: Peace Walker, a game that directly influences the lore of the Metal Gear world. Kojima could have easily decided to develop for the more proven PlayStation 3. All this helped the PSP sell over 80 million units! I guess Sony proved that the Universal Media Disc is genuinely universal.

The promise of AAA exclusives on the Vita was short lived, and taking your save on the go was not fully fleshed out. This turned a lot of gamers off. I still remember the ad of teenagers on the roof diving in and out of cover with their Vita playing Call of Duty: Black Ops Declassified or taking Madden 13 on the subway. For a while there, Sony tried hard to push the Vita, but mixed messages hurt the sales and even led to a lawsuit. After Black Ops did not help sell the Vita, people thought, if Call of Duty can’t save the Vita, nothing can. I wonder how the Vita landscape would differ if Declassified was a better game, or if the rumors of a BioShock or Infamous Vita game came to fruition.

We did get some hefty exclusives like Uncharted: Golden Abyss, LittleBigPlanet PS Vita, and Killzone: Mercenary. Although those were early in the handheld’s cycle, and most of the time they were not made by the the series’ original creators.The longer the Vita endures, the more the list of new exclusives dwindles. We will never see a Peace Walker on this machine. It will never match the over 80 million units sold by the PSP. This isn’t necessarily a bad thing. We have to say to ourselves, okay, our little guy has faults but once you accept them you see the Vita for how great it really is.

Some experiences are better on the PlayStation Vita. The integration of touch controls makes Hotline Miami feels like it was made for the Vita. Tearaway is an experience only the Vita can give you. Collecting resources in Minecraft while you watch television in the background is awesome. When headphones are in and the screen only a few inches away from your face, arcade games like TxK or Titan Attacks! truly excel. I love the feeling of high-score chasing that I never felt before because I wasn’t alive in the peak of the arcade era in the 80’s. There is no game I played more last year than Rogue Legacy.

Ever since I purchased a PlayStation 4 I found myself thinking, “I wish I could play this (Transistor, Apotheon, just to name a couple) on my Vita.” The Vita is honestly an indie and JRPG machine now, and that is definitely not everyone’s thing. But for me, if I want a huge experience, I go to the big consoles, but for most other things I turn to my Vita.

Another aspect of Vita is its rabid fanbase. According to the Sony’s 2013 E3 conference, US Vita owners have an attach rate of over ten games and 60% of games are downloaded digitally (although I would guess that around 60% of games are only available online). Also, whenever a new PS3 or PS4 game is announced, you see a lot of people in comment sections asking if there is going to be a Vita version. Developer Chris Mcquinn of Drinkbox Studios called Vita owners, “the ****ing best!” 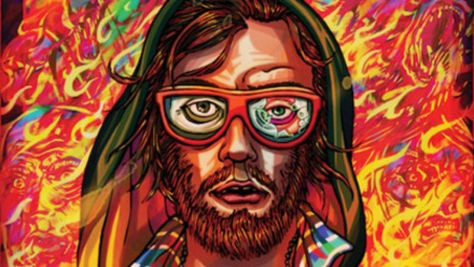 So what’s next for the Vita? I’m fairly confident the days of big games are over but, there is still a lot to look forward to. Helldivers, Titan Souls, Hotline Miami 2: Wrong Number, Ultratron, Shovel Knight, Mighty No. 9, and Axiom Verge all look promising and with the stigma of “indie game” lessening, hopefully more people will give these projects a shot. I know most of those are releasing on other platforms as well, but I bet that the best way to play them will be on Vita.

The release of the PS4 gave the Vita a little boost, PlayStation Now has exciting potential, and being able to play PS4 games on the Vita through remote play is a bonus. A smart plan Sony is implementing is the need for PlayStation Plus on PS4. The backlog of owned Vita games slowly increases until a gamer might as well get one. The next steps Sony should look at are a price drop, bundling the Vita with a memory card, or even having a massive PS4/Vita bundle at a reasonable price.

As of now, the Vita is nowhere near the PSP in terms of units sold, and it will never be close. I am still happy about the experiences the Vita gives me, but what do you think? Where would you like to see the Vita go from here? Do you think there will ever be another AAA game? Will Vita always be dead?