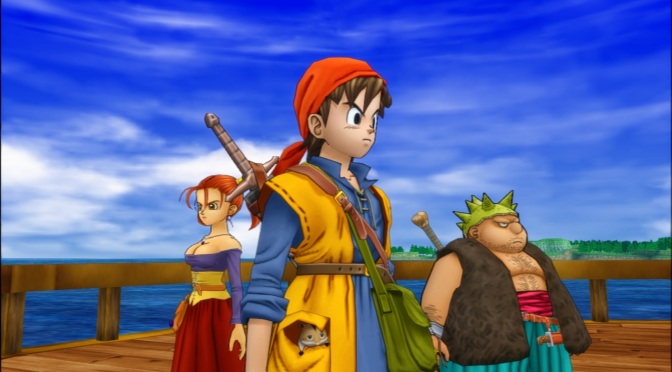 Dragon Quest VIII: Journey of the Cursed King is coming to Nintendo 3DS… in Japan.

The game, which was first released on the PlayStation 2 in 2004 and later on smartphones this past December, is planned for release on August 27th. The 3DS version will include a new scenario, full voice-overs, StreetPass support, music from the Tokyo Metropolitan Symphony Orchestra, and two new party members. The first is Morrie from Dragon Quest: Monster Battle Road and the second is an all new character, a female thief named Gerda.

No announcement has been made for a Western release.

Dragon Quest is a series that not as readily available as its contemporary, Final Fantasy. A lot of the games have been released on smartphones but that’s not a platform I want to play those games on. Seeing this game coming to the 3DS feels like a perfect fit in that it’s a portable console with buttons. It’s disappointing that no American release has been announce but one can hope. I remember liking the first game on the NES back in the day, though my more recent playthrough of it was more of a slog, so I would like to see where the series is nowadays.

Esteban Cuevas is an Associate Writer on MONG and has just refueled his mana. You can find him on Twitter, YouTube, and WordPress.

One thought on “Dragon Quest VIII Coming to 3DS…in Japan”