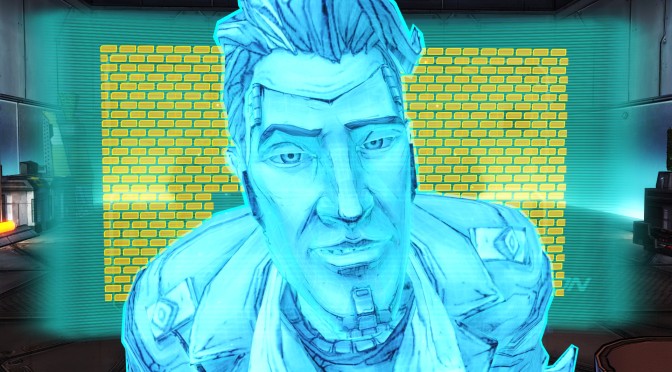 “SEE, I TOLD YOU SO: WALLETHEAD”

Episode Four begins with the crew devising a plan to capture the beacon on Helios. With help from Handsome Jack and close observation by Vallory’s crew, the gang follows through with their plan. Numerous references occur throughout this episode and every feature that made Tales from the Borderlands unique have been well implemented in this episode. Prepare yourself for the greatest finger gun battle known to mankind (and possibly even dolphin-kind).

This episode continues the trend of minimal exploration, however it didn’t bug me so much as every other aspect of the game was so well implemented. The humor was certainly present in this episode, but the episode’s focus was certainly on the more dramatic side. The shocking twists and close calls of this episode will have you on the edge of your seat through the very ending.

This episode brings the series back into full swing with its well-rounded use of comedy, tricky choices, bleeding ponies and amusing methods of going through with the heist. It would have been nicer if the episode was more in-depth with the supporting characters. The episode focuses on Rhys much more than the other characters and sets the stage for the finale. It becomes apparent that the next episode’s success hinders on how well it can work off of the momentum of this episode.

One thought on “Tales from the Borderlands Episode Four: Escape Plan Bravo Review”