All hail the PC Master Race! This collective hivemind consists of purebred gamers who have made the Personal Computer their gaming platform of choice due to its limitless processing power, compatibility with various controllers and input devices, forward thinking focus on digital releases, multitude of new releases in a vast array of genres, and community support of titles that include fixes, mods, and upgrades. For the longest time, the prevailing opinion has been that whenever a game is released for PC as well as consoles, it would be the superior version by default. Furthermore, the PC is home to many unique exclusives that consoles wouldn’t even be able to run. The expanded capabilities of the PC trumps anything modern consoles can output. However, with respect to the glorious PC Master Race, is that really true? More and more often, we hear about the woes of PC games being broken at launch. In fact, these problems have become so commonplace, that I think it’s worth asking if PC gaming is actually better than gaming on consoles.

Now, I will prefix this by saying that I began as a console gamer. I didn’t own or have regular access to a PC until the year 2000, when I was 13 years old. Furthermore, the first game I was able to get working on my PC was Unreal Tournament 2003. However, since then, I play a majority of new releases on PC. Now I currently don’t own either the PlayStation 4 or the Xbox One, but that is partially because the PC has prevented me from needing them.

With that in mind, I’m not entirely sure that has been a smart decision. Some of my most anticipated games in recent memory have been complete disasters on PC. Mortal Kombat X was a piecemeal release when it was first released, thanks to its experimental download technique, and suffered from even worse online connectivity issues than the console versions. Recently, support for the PC version of Mortal Kombat X has been dropped and it won’t be receiving the upcoming DLC content and improved netcode the console versions will. Batman: Arkham Knight was a complete disaster at launch and even after they pulled the game for six months to fix it, it remains broken to this day. 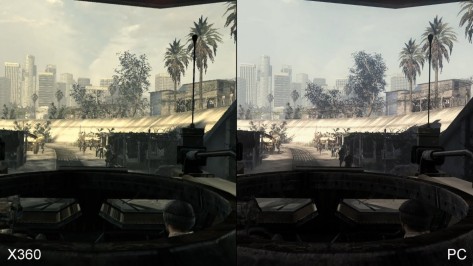 Some of you might make the argument that both these examples are of Warner Bros. Interactive games, who are known to make lackluster PC ports. However, they are not alone. Whether it’s Call of Duty games lacking dedicated servers on PC or games being poorly optimized for the platform, issues are constantly popping up for PC releases. Most recently, the PC version of Tales of Symphonia suffered from a myriad of issues, including bugs, translation issues, and a locked internal resolution and frame rate of 720p and 30 frames per second. Mind you that the original GameCube version of Tales of Symphonia ran at 60fps.

It should be said that all of these issues aren’t due to PCs being unable to run these games. PCs are objectively more powerful than modern consoles and all of these games should be able to run with no issue on PCs with relatively recent components. In theory. That doesn’t mean they will. Unfortunately, we don’t live in a world where game developers and publishers take the time to optimize their game for PC, as there’s this untrue perception that the PC’s fan base is smaller than the console’s. As a result, PC gamers are often given the short stick on multiplatform releases. Even titles that do run well and even better on PC than on consoles could have been better as only the bare minimum was given to the PC version. Sure, PC versions should be the best version of a game, but they rarely actually are.

PC games are often the home of indie games, as it’s the easiest platform to publish games independently. However, it’s not as difficult to release games on consoles as it used to be. After years of being behind on the indie front, consoles have made great strides in the scene. Sony and Microsoft are actually fighting now for indie releases, such as Cuphead and The Witness, and the amount of indie games coming first to consoles is not much smaller than on PC. Combined with the numerous multiplatform games, the library of games on PC and consoles aren’t that different. Don’t get me wrong; there are more exclusives on PC and the library is more diverse due to the sheer open market nature of the platform. However, that margin isn’t as wide as you think.

In fact, there’s another thing that’s not that different between consoles and PC: the process involved with playing a game. PC often gets a bad rap by people who say that it’s a complicated process to run a PC game. There’s the installation process, and the updates, and the configuring of the settings and whatnot. However, as consoles have become more flexible and have included more features, it’s no longer as simple as popping in a disc and immediately being able to play. Console games also now require updates and installation and while the process is slightly more streamlined, it takes around the same amount of time. Console games don’t have any settings to mess with, but that could be considered a detriment more than a positive. On this front, consoles and PCs are mostly the same.

Finally, it’s simple to want to compare the PC to the home consoles as they are both platforms that require you to sit down and look at a stationary screen. However, I don’t think it’s fair to compare the two. I would make the argument that comparing PC to console is as invalid as comparing console to handheld and mobile. PC gaming by and large is played with a screen close to your face, whereas console gaming is played with a screen further away. It’s a different experience when played this way, as consoles are more friendly for more relaxed sessions of gaming and PCs lend themselves well to more intense sessions. The way some people want to play certain games on a handheld over a console, the same can be said for the PC. Personally, I tend to like to play fighting games on consoles and shooters on PC. Most other people have these types of preferences  as well.

Ultimately, the PC Master Race is really as human as the rest of us. While it may be true that the potential for the PC to be better is there, it isn’t in practice. In fact, PC’s are very much like consoles in more ways than you expect. If you prefer one over the other, there’s nothing wrong with that. Just remember that your choice in platform is just that: a choice. None are objectively better than the other; there’s a level of risk and reward for all of them that tend to even out. So don’t sweat getting a game on a certain platform, and don’t worry about what console or PC fanboys say. Just enjoy your games on the platform you like and let others enjoy their games on the platform they like. Just don’t do it because of brand loyalty. If you do, then you have bigger problems.

Esteban Cuevas is an Associate Editor for Middle of Nowhere Gaming and his preferred platform of choice is Arcades. You can follow him on Twitter and Facebook, and read his other work on his WordPress blog.

2 thoughts on “Is PC Actually Better Than Console?”