Video game trailers have become a big part of marketing and can do wonders in creating buzz and excitement for upcoming games. With a flood of titles coming to PC and consoles each month, they can make your game stand out among the pack. Here are three reasons why the live action ‘Mechanical Apartheid’ trailer (embedded below) does just that.

The trailer does a great job in establishing the world in which the game takes place. As someone who has little to no knowledge of the Deus Ex universe, I was able to learn a lot from the short trailer. The futuristic setting depicts a world not much different from our own, with the main difference being that augmentation of the human body has become a major trend. The gifts of increased strength, speed, and durability, the augmentations provide goes terribly awry when the technology is hacked, leading to the deaths of millions around the world.

Of course a major tragedy like that results in mass panic and hysteria, leading to augmented individuals being treated with fear and contempt. One more violent event pushes things over the edge, and laws are created separating those with augmentations and those without. Now I have a clear understanding of why the latest game in the series is titled Deus Ex: Mankind Divided.

While the trailer shows how hacked augmentation leading to millions of deaths would work on a mass global level, the more compelling story for me is the one between the wife and husband. Marriage is already hard enough as it is, forget about fighting over finances or dirty dishes- try recovering from your wife’s augmented arm pounding your head into the floor. Such is the harsh reality the couple faces in the video. You can clearly see the wife is deeply sorry for her actions and had no control, but the scars both physical and emotional remain.

As the husband deals with hostility from those who look at his wife with disdain and reacts angrily to reported news of alleged augmented outbursts, a rift takes place between the couple. Yet it is not one that ends their relationship. For when the government comes to take his wife away, they both fight tooth and nail to remain together. 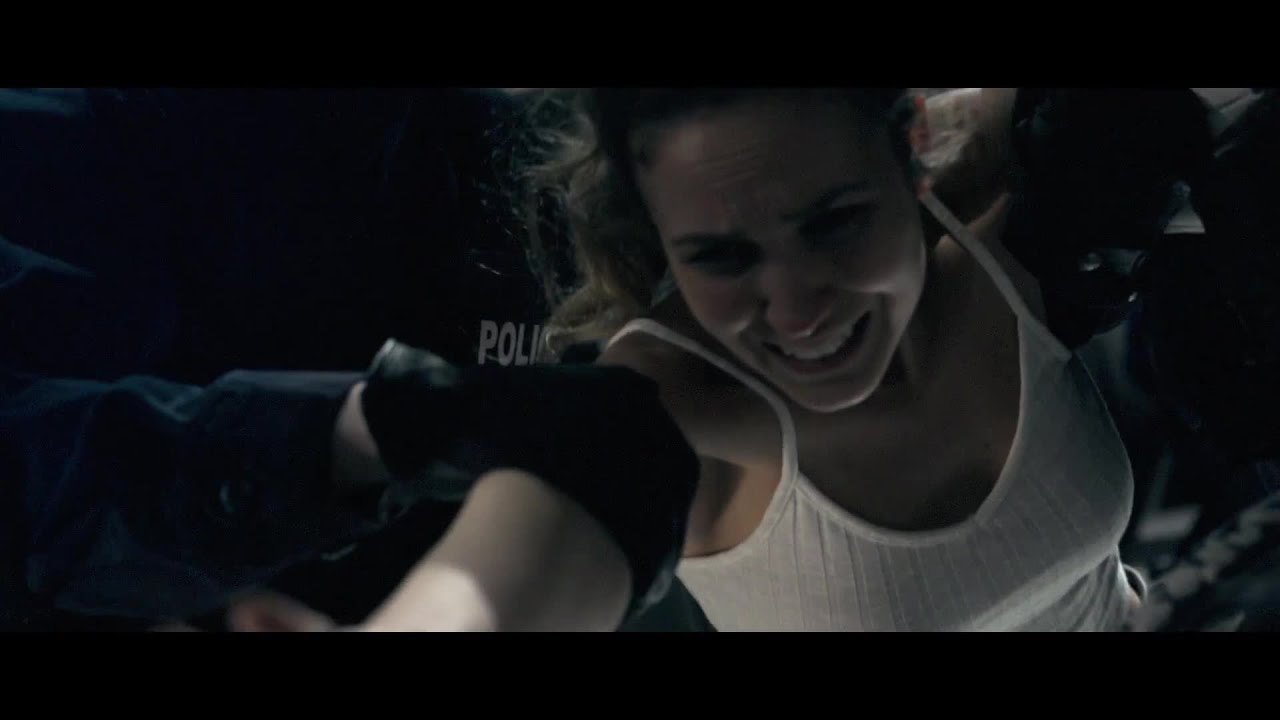 Normally I’m not the biggest fan of live action trailers, as they don’t show what the actual game will look or play like. Graphics and gameplay are big factors in deciding if I will purchase a game, but I can’t deny when done right a live action trailer is quite effective.The Until Dawn interactive live action trailer comes to mind and now this one has stayed in my head as well. It hasn’t sold me completely on picking up the game when it releases in August, but has done a great job in getting me to remember the title of the game.

The final images of the trailer and the words ‘Mankind Divided’ are now linked in my head. Now when any news trickles out about the game in the upcoming months, I will be a lot more likely to pay attention. And I’m sure that raising awareness was one of the main goals in creating the trailer. Mission accomplished.