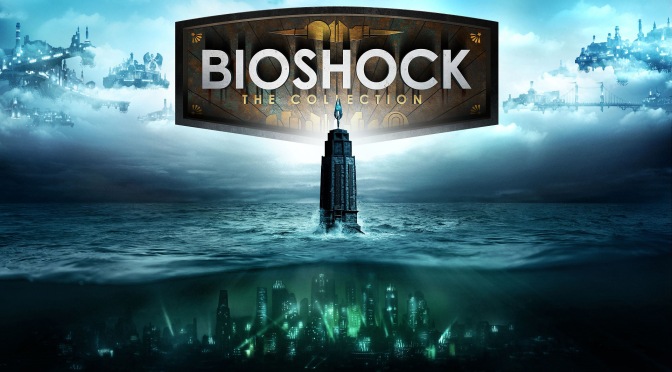 After months of speculation 2K Games has finally revealed that there will be a collection of all three BioShock games coming to Xbox One, PlayStation 4 and PC.

BioShock: The Collection will have BioShock, BioShock 2 and BioShock Infinite as well as all the DLC of all three games in one collection. There will be a new feature of never-before-seen video series called “Imagining BioShock” which will show how Irrational Games and 2K Games made the BioShock trilogy. The Collection is being made with collaboration with 2K Games and Blind Squirrel Games.

There are a couple of things to note. Multiplayer for BioShock 2 will NOT be in this collection and the PC version it won’t have BioShock Infinite because it already meets the current-gen standards.

BioShock: The Collection will arrive for PC, PlayStation 4 and Xbox One on September 16th for $59.99. If you already have the games on PC, or most notably on Steam, you’ll be able to upgrade for free depending on which game you have.

I honestly didn’t find the first two BioShock games to be anything special. When the first one was released in 2007 there was a handful of games that were doing things far better than BioShock did. BioShock Infinite, however, was the first BioShock game I really enjoyed. I liked it so much I had beaten it on Hard. This is one of those times where I wish that you can buy a game either together or separately because if I could JUST get BioShock Infinite for PS4, I wouldn’t mind paying $20 for it. Another thing is that it’s a remaster not being made by BluePoint. I trust BluePoint completely, but I don’t know anything about Blind Squirrel games. To be fair though, these games never looked better and I hope that it runs at a solid 60fps.

Jesse Webster is a Senior Writer for MONG and needs to stop slacking off.