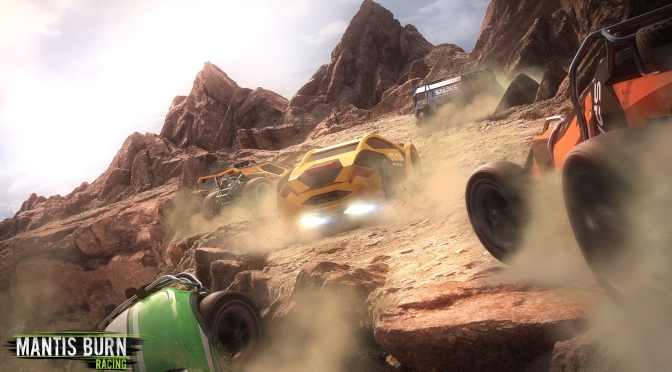 Now available through Steam Early Access, with a PS4 and Xbox One release coming later in 2016, Mantis Burn Racing is a top-down racing game in the vain of Motorstorm RC.

What is Mantis Burn Racing all about?

It’s a fast-paced bumper bumpin’ racing game that combines tactile gameplay with a top-down camera angle. It includes an extensive career mode, 4 player local split-screen, online modes for up to eight players, deep customization, a plethora of tactical choices, and endless replay-ability. Mantis Burn Racing, according to Voofoo, boasts highly detailed vehicles, visually stunning tracks, and high-risk gameplay that creates one of the rawest, but most exciting experiences around.

Technology Director Mark Williams had the following to say:

“We’re delighted to be bringing Mantis Burn Racing to PC and consoles. The pedigree of our studio and our success has allowed us to create a game we believe will be one of the best looking and most immersive in its genre. We’re really excited to welcome fans into Early Access to gain the feedback which will help us shape the game’s development.”

Here’s a full list of all the features you can expect:

Racing games normally aren’t my jam, but this game has peaked my interest mostly because of the top-down camera angle.